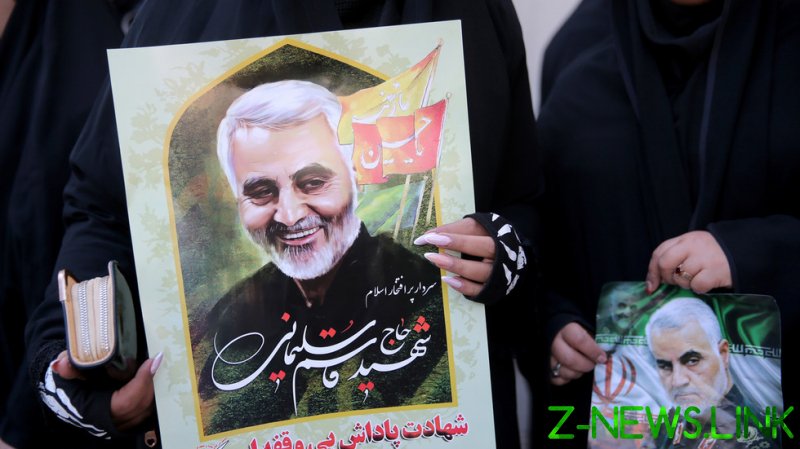 The diplomat’s remarks were apparently meant to rebuff a story published by Politico on September 13. Citing unnamed US government officials, the magazine alleged that Tehran was “considering” an option to assassinate Lana Marks, the US envoy to South Africa.

The idea was described as a possible “retaliation” after a high-ranking Iranian general, Qassem Soleimani, was killed in a targeted US drone strike earlier this year. According to the report, intelligence officials have made Marks aware of a potential attempt on her life.

Katibzadeh said the allegations in the Politico story were baseless and agenda-driven.

It was predictable that the United States… would resort to anti-Iran accusations and falsification ahead of the US presidential election.

The Iranian diplomat further accused the Trump administration of acting like a “rogue regime,” masterminding and carrying out “tens of plots for assassination,” as well as meddling in other countries’ affairs. As for the Islamic Republic, Katibzadeh argued that Tehran has always behaved as a “responsible member of the international community.”

Soleimani had led Iran’s Quds Force, a unit inside the elite Islamic Revolutionary Guards Corps and tasked with overseas operations. An American airstrike killed him outside Baghdad’s airport in Iraq on January 3. US officials at the time accused Soleimani of plotting terrorist attacks against American troops and civilians. Secretary of State Mike Pompeo argued that “the decision to remove Qassem Soleimani from the battlefield saved American lives.”

Iran, of its part, insisted that the assassination of its top military official was an act of terrorism by the US and illegal under international law. On January 8, Tehran launched a volley of rockets at two Iraqi bases that housed American troops. Although the attack caused no deaths, 110 US soldiers were later diagnosed with traumatic brain injuries, according to the Pentagon.

In his statement on Monday, Katibzadeh reiterated that Iran will seek legal redress for Soleimani’s murder, and “will neither forgive nor forget the act of terrorism.”

Tensions between Tehran and Washington have gotten progressively worse over the last few years. While Soleimani’s killing was one of the worst escalations in recent memory, Washington and Tehran have been increasingly accusing each other of stoking tensions ever since the US unilaterally pulled from the landmark Iran nuclear deal, known as JCPOA, in May 2018.

After that, the White House imposed numerous sanctions on Tehran, while the latter has been gradually scaling down its commitments under the accord.