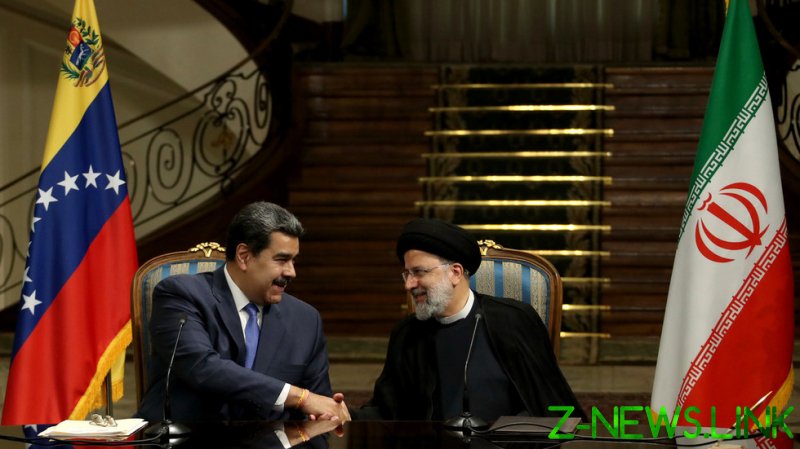 Iran and Venezuela signed a 20-year cooperation deal on Saturday during a visit by Venezuelan President Nicolas Maduro to Tehran, Iranian state media has reported.
The agreement reached by two of the most sanctioned countries in the world “shows the determination of the high-level officials of the two countries for development of relations in different fields,” Iranian President Ebrahim Raisi said on state TV, as cited by AFP.

Details of the new agreement between the two countries have not yet been made public. However, during his visit, Maduro was accompanied by officials from areas including agriculture, technology, oil, communications, tourism, and transportation, which may signify the spheres of cooperation the two nations have in mind.

Both Iran and Venezuela are under heavy US sanctions, and according to Maduro, they have “a common vision” regarding international issues, and plan to work together in the “war of sanctions and find ways to counter them with steadfastness.” 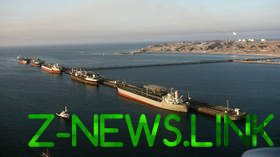 READ MORE: US may lift ban on Iranian oil – Vitol

“Caracas and Tehran have shaped the strategy of resistance economy and are working to expand it,” he was cited as saying.

In an interview with Iranian HispanTV on Friday, Maduro announced the opening of a weekly flight route from Caracas to Tehran. He also said that Venezuela plans to sell coffee to Iran.

Iran and Venezuela have drawn closer in the past two years, most notably through energy projects. In May, the National Iranian Oil Engineering and Construction Company signed a contract to repair an oil refinery in Venezuela. In his interview, Maduro thanked Iran for fuel shipments to Venezuela.