Home / WORLD / iPhones to detect depression, cognitive decline & anxiety in users…problems it could cause in the first place, reports say

iPhones to detect depression, cognitive decline & anxiety in users…problems it could cause in the first place, reports say 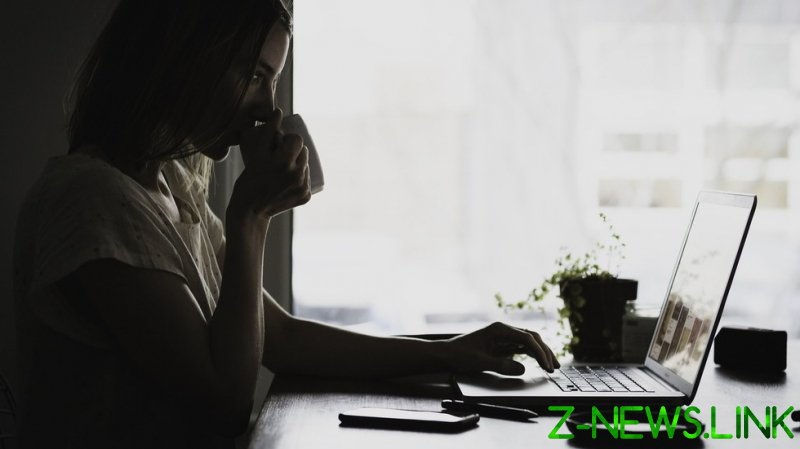 The tech giant is working with University of California, Los Angeles to see if its algorithms can detect stress, anxiety and depression among iPhone users, while the partnership with Biogen is devoted to studying mild cognitive impairment among users, according to several unnamed Apple employees who spoke to the Wall Street Journal on Tuesday.

The projects – codenamed ‘Seabreeze’ and ‘Pi’, respectively – take medical diagnostics quite a bit further than previous Apple features, though the sensors being used to collect data for them have been part of the ubiquitous phones for some time now. Usage data including mobility, physical activity, sleep patterns, typing behavior, and other seemingly innocuous interactions with the device are being analyzed in the hope of finding “digital signals associated with the target conditions,” the sources said.

The UCLA study (‘Seabreeze’) began last fall with 150 subjects tracking data from their Apple Watches and iPhones; it is supposed to expand to 3,000 people this year. The project is quite intrusive, including data from the phone’s video camera, keyboard, and audio sensors as well as information from the watch regarding movement, sleep, and vital signs. Analysis of facial expressions, tone of voice, gait, and sleep is also involved, as are typing speed and accuracy and the content of messages. Accompanying the high-volume data suck are a series of questionnaires about mood and analysis of the stress hormone cortisol in subjects’ hair. A match between usage signatures and relevant psychological conditions could result in an app warning the user they’re at risk of mental illness – though fully-fledged tele-diagnosis is supposedly not the point.

The Biogen study (‘Pi’) was only launched on Monday, according to the employees and documents they provided; meant to last two years, it hopes to follow 20,000 participants, half of whom are at risk of cognitive impairment, and uses data similar to what UCLA is slurping up. It builds on a much smaller study that found 31 adults with cognitive impairment used their phones in a markedly different manner than ‘normal’ adults.

Both studies are aimed at developing ‘unique features’ for the iPhone, a shift for Apple, which has previously focused most of its biometric efforts on its smartwatch, producing features like the atrial fibrillation detector it developed in 2018 in partnership with Stanford University researchers. While the choice may have seemed logical given that device’s closer-to-the-skin profile, it has meant the company misses out on data collection from the legions of faithful Apple users who for whatever reason opted to skip the wearable and has meant leaving terabytes of ultra-sensitive iPhone usage data out of future biometric features.

While the employees admitted the new projects are in their early stages and “may never lead to new device features,” the connection between smartphone usage and mental health is already a strong and controversial one. Smartphone addiction is a real problem, having earned its own entry in the psychiatric Diagnostic and Statistical Manual volume 5. It’s especially noticeable in teens who’ve grown up with an iPhone or iPad in their hands, but even in non-digital-natives, the so-called ‘fear of missing out’ keeps people glued to their phones when they should be sleeping, working, driving, or otherwise engaged.

Smartphone addiction is defined as feeling compelled to use the device even in “dangerous or prohibited contexts,” losing interest in other activities, irritability and unease when separated from the phone, or anxiety when unable to immediately send and receive messages. Given how many of those symptoms overlap with depression and anxiety, it’s unclear how Apple and its university partners will be able to tell which came first, the smartphone or the mental illness associated with it.

Smartphone overuse can also negatively impact posture, eyesight and hearing, and while users might believe their connections with their fellow humans are enhanced by constant connection, the reverse is often the case, with the constant distraction offered by the phone sometimes taking the place of social activities or fostering a lingering dissatisfaction based on the belief that someone, somewhere is having a better time. Others with mental illness might rely on their phone as a coping mechanism or to escape negative emotions.

Certain academic studies have indicated ways in which people with particular mental health conditions differ in their smartphone use (‘lonely’ individuals prefer voice calls to texting, while ‘anxious’ people would rather text, for example), while others have quite clearly placed the smartphone on the causal side of the equation. One such study found that poor sleep quality associated with late-night texting or calling was directly linked to a decline in mental health, manifesting in depression and low self-esteem that might persist for as much as a year after the maladaptive texting behavior.

While some have argued that diagnosing mental illness by smartphone is wildly irresponsible, not all sufferers necessarily have access to a trained professional, especially in the US, where health insurance is not universal and often doesn’t cover specialty visits like mental health providers. The Apple employees who spoke to the Wall Street Journal have expressed hope that any feature the company comes up with can at least help bridge that gap. However, there is also the risk of stigma that comes with mental illness. For its users to be willing to trust it with their mental health data – or what it believes to be their mental health data – Apple will have to regain a significant amount of trust it has lost over the many scandals it has weathered this year.

From the revelation that Israeli spyware program Pegasus has basically had open-ended access to iPhones for years, to the botched yet sinister effort to screen all iCloud accounts for ‘child pornography’, Apple’s reputation as the pro-privacy smartphone manufacturer lies in tatters, while Google is chortling all the way to the bank – having never promised the privacy it has not delivered. Apple customers, who often pay a good deal more than their Google-loyal brethren for what are supposed to be less porous devices, are unlikely to keep shelling out the big bucks for a phone that not only spies on them for foreign governments but diagnoses them with mental illness into the bargain.