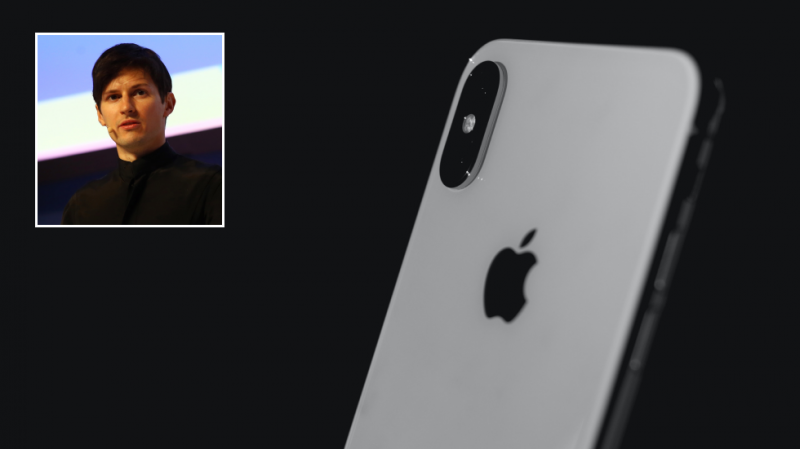 Pavel Durov, the Russian-born businessman who founded both the Telegram messaging service and the popular VKontakte social network, turned fire on the California-based tech giant in a post on Wednesday. He pointed followers to a New York Times investigation that claimed Apple is involved in a massive program of surveillance and censorship in China, as part of a trade-off with Beijing to keep its lucrative business operations going.

The allegations, Durov said, were “sad, but not surprising: big tech companies often choose profits over freedoms.” According to him, “Apple is very efficient at pursuing their business model, which is based on selling overpriced, obsolete hardware to customers locked in their ecosystem.”

He added that the user experience on the iOS interface is like being in “the middle ages,” while iPhone’s screen displays are lagging far behind rival devices running on Android.

But, for Durov, “the worst part of Apple’s tech though is not clunkier devices or outdated hardware,” he said. Instead, it is that “owning an iPhone makes you a digital slave of Apple – you are only allowed to use apps that Apple lets you install via their App Store, and you can only use Apple’s iCloud to natively back up your data.”

“It’s no wonder that Apple’s totalitarian approach is so appreciated by the Communist Party of China, which – thanks to Apple – now has complete control over the apps and data of all its citizens who rely on iPhones,” he raged.

This is not the Russian digital guru’s first criticism of American big-tech firms, having previously warned that Google and Apple posed a hazard to online freedoms because of their effective monopoly on users. He has been particularly critical of the fact that iPhone users can only usually download approved apps, rather than run any compatible code. In 2018, Telegram was briefly taken down from the App Store for several hours, supposedly over claims it was hosting “inappropriate content.”

An iOS app launched by the makers of the popular Fornite online game began to be pulled off of the store in August last year after its developers attempted to roll out their own proprietary payment system for players to buy extras. They had hoped to circumvent Apple’s 30% commission on built-in transaction fees, but instead stoked the ire of the company, and are now fighting a legal battle to be reinstated.

Apple is the second largest seller of smartphones across the world, after South Korean brand Samsung. In the first quarter of 2021, almost one in five of the devices sold carried its logo.