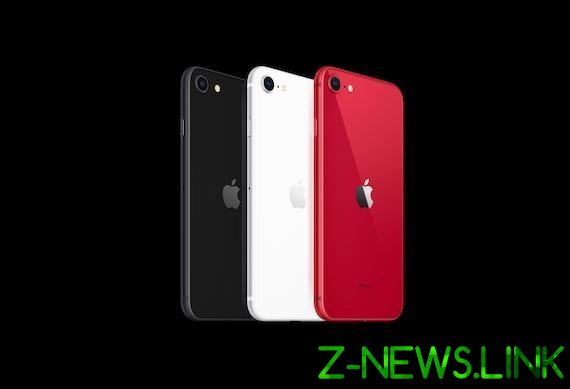 Apple introduced the new iPhone SE 2020, which is already available for purchase. The previous generation SE was the hit of the market, but to a new generation a lot of questions.

First, let’s look why iPhone SE 2016 became a bestseller. A year before the release of the device Apple released the iPhone 6 with a larger screen, and some users didn’t like it. They considered the design of the iPhone 5/5S reference and was ready to buy it. Another claim was to the battery in the iPhone 6, but rather to the fact that the phone did not survive until the evening on a single charge.

So what was so good SE? It was a design that people liked, best camera and Apple’s fastest processor, with the small screen. Was also comparable with the new iPhone 6S battery. As a result, due to the difference in screen resolution, it was the fastest iPhone with a great camera that worked even on 15-20% longer than the flagship iPhone 6S.

That is, it was a super device, even cheaper than the flagship. And if the client didn’t want the latest iPhone model with the latest innovations, and just wanted a quick iPhone with a great camera, he took SE. Two years later, the price dropped to 20 000 rubles, by placing the SE in the segment of mainstream phones, which for the money was not even close to quality of the camera. All together it made the device super-hit.

This excursion into history was necessary to get an idea about the expectations of fans from the new generation SE. After all, as wrote philosopher L. Ron Hubbard: “This can only be assessed with the help of this comparable value”.

Thus, the original SE model at the time was the fastest, with the best camera, but without the expensive features latest flagship of Apple. And from the new smartphone’s expected that it will be the last Apple processor, the newest camera of the iPhone 11 and an acceptable price for iPhone level 8 — 40 000 rubles in Russia. Under these conditions, it could be an old screen, case and unlock by fingerprint, like in the iPhone 8 and the absence of a second camera module with a wide angle lens. He would be torn with the hands and rejoiced.

Instead, Apple released the iPhone in fact 8, but with the latest processor and a fast charging option. For the same money, and Windows phone 8. With the same camera, same screen, same battery. And the question arises — WHY? Why buy SE 2020 if paying 5-10, 000, you can get the iPhone XR? Yes, the processor there will be a little weaker, but you will feel it. The camera will be better, the screen will be larger, will be a function of unlocking and autonomy will be almost 2 times higher.

If a person wants the old format and the size of a small phone, he can buy a cheapened iPhone 8 and not feel any difference with iPhone SE 2020. Because Apple’s iPhone is so powerful that generation 2018 is still more powerful than the processors of its competitors. If you translate it into human language using a smartphone for everyday tasks, you will not feel the difference between Apple 2018 and 2020 release. And, as mentioned in the old advertisement “If you do not see the difference, why pay more?”

Well, in the SE there are a couple of differences from the iPhone 8. New CPU slightly better picture due to processing. It added a new wi-fi module and an additional GB of RAM (RAM) and virtual SIM card. But the trick is that none of the above, except for the fast charging and the virtual SIM, you will not feel in everyday use. In addition, for very fast charging will have to pay another 5,000 rubles, and electronic SIM cards in Russia is only beginning to emerge.

In other words, the new device, instead of the delight of the fans and the boom of sales causes only bewilderment. Perhaps Apple will quickly reduce its price, and by the autumn it will cost about 30 000 rubles, then the logic in buying it appear.

However, the main question does not arise to an individual product, and to the company as a whole — what happened to the legendary Apple marketing? Where is the brilliant strategy and perfect incarnation, which in the 2000s and early 2010s years did Apple beyond the reach of competitors?

This is an alarming issue. There is a feeling that Apple finally switched to working with the services and no longer cares about the devices that it sells. What does it mean? I’m afraid to 2025 we may not see Apple among the leaders in the industry of personal electronics, and in 2030, and not wait for the launch of the new iPhone.

Although, who knows, maybe we are waiting for a fundamentally new device, which was forced to abandon smartphones. Can Apple make such a revolution? View. It would be great.