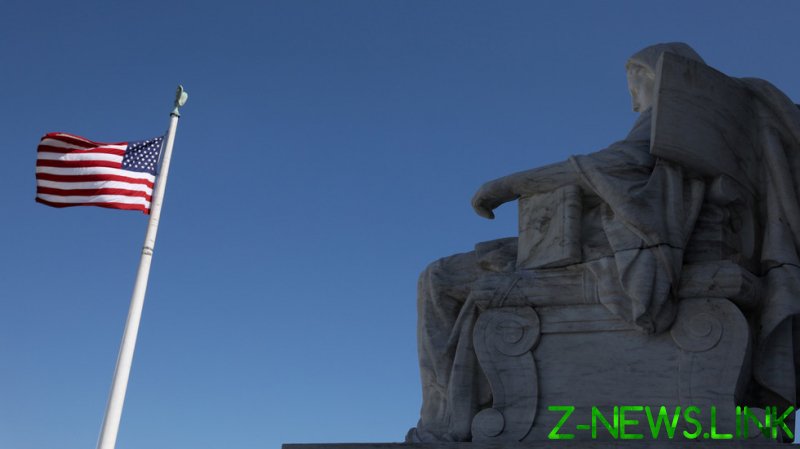 Among the flurry of Supreme Court rulings on Monday was the decision to reject hearing two cases challenging the Pennsylvania supreme court’s changes to election rules, including the counting of mail-in ballots for several days after the legally established deadline.

The order list showed no explanation for the majority’s decision, only the dissents by three of the court’s conservative justices – Samuel Alito, Neil Gorsuch and Clarence Thomas. The two other justices considered to be conservative – Donald Trump nominees Brett Kavanaugh and Amy Coney Barrett – apparently sided with Chief Justice John Roberts and the liberals.

Alito and Gorsuch said it was an absolutely legitimate question of whether the state supreme court can override “even very specific and unambiguous rules adopted by the legislature” and that citing the Covid-19 pandemic as justification means it might happen again.

“We may hope that by next spring the pandemic will no longer affect daily life, but that is uncertain,” they wrote in a joint dissent.

Alito and Gorsuch also brought up the fact that both parties had urged the SCOTUS to hear the case before the 2020 election, only for the Democrats to change their mind afterwards. As Justice Barrett was still waiting to be confirmed, the court ended up deadlocked 4-4 when Roberts sided with the liberals.

In his dissent, Thomas actually cited Roberts’s ruling in another case to demonstrate why the Pennsylvania petitioners “faced irreparable harm,” and argued that failure to address these challenges threatens democracy itself.

“Changing the rules in the middle of the game is bad enough. Such rule changes by officials who may lack authority to do so is even worse. When those changes alter election results, they can severely damage the electoral system on which our self-governance so heavily depends,” he wrote.

While the rule changes may not have affected the outcome of any federal election, insofar as anyone can tell, they did affect at least one election for the Pennsylvania Senate, Thomas pointed out.

With almost two years to go before another federal election, Thomas argued this was the “ideal opportunity” to address the issue – not after the fact, with the clock ticking and someone inevitably gets disenfranchised by the outcome.

“One wonders what this Court waits for. We failed to settle this dispute before the election, and thus provide clear rules. Now we again fail to provide clear rules for future elections. The decision to leave election law hidden beneath a shroud of doubt is baffling. By doing nothing, we invite further confusion and erosion of voter confidence. Our fellow citizens deserve better and expect more of us,” Thomas wrote.

The Pennsylvania Republicans and former President Trump alleged the expansion of mail-in voting and extension of deadlines to count the votes helped President Joe Biden come out ahead, even though Trump had a clear lead on Election Day.