Home / WORLD / Investment or imperialism? One of the world’s largest gold mines could’ve transformed Kyrgyzstan. Instead, it enriched Canadians

Investment or imperialism? One of the world’s largest gold mines could’ve transformed Kyrgyzstan. Instead, it enriched Canadians 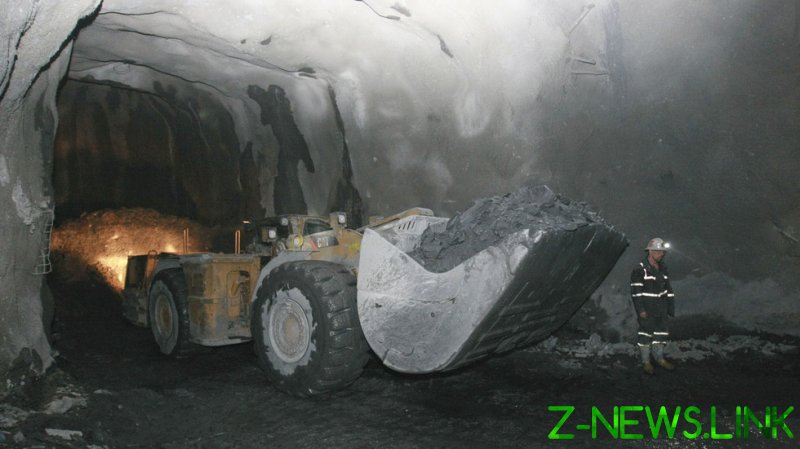 In May, the former Soviet republic sparked an international legal battle when it rolled in and took control of the Kumtor Mine, operated by Toronto-based Centerra Gold. The company has reacted furiously to what it sees as state expropriation, saying the country is “in breach of its obligations under its investment agreements.”

Scott Perry, the President & Chief Executive Officer of Centerra, told RT, that the move could be a precursor to nationalization of the deposit.

The vast open pit, dug into the side of the Tien Shan mountain range, produces up to 16 tons of the precious metal each year. Profits from its sale were long a bone of contention for opposition politicians, given that the Canadian firm has taken out around $11.5 billion, while Kyrgyzstan has seen a share of only $1.5 billion. One such lawmaker, who has led the charge against the operators of the mine, is Sadyr Japarov. He became president earlier this year.

The populist leader’s supporters have previously staged protests outside Kumtor against what they see as the siphoning of national resources for the gain of foreign companies. Allegations of corruption have prevailed, with claims that previous governments pocketed profits in exchange for giving Centerra the lion’s share.

Serving time in prison on kidnapping charges, Japarov was sprung from behind bars during riots that felled his predecessor, before being voted into his country’s top job. As part of his election platform, he pledged to bring down “all officials involved in corrupt practices.”

Now, a new economic analysis of the mine by British lawyers hired by the Kyrgyz government has revealed the scale of the operation. Local experts say that Kumtor has a potential total of as much as 953 tons of gold, meaning current levels of extraction could continue for at least 60 years. Additionally, the documents claim that previous estimates were low-balled, and that “there is no economic justification” for the financial deal Centerra struck with the former government.

For authorities in the capital Bishkek, the allure of repatriating one of the mountainous nation’s few natural resources seems to be a win-win situation. As well as propping up its balance sheet, the state’s takeover of the mine allows Japarov to make the case that he is taking back the country’s assets from foreign control.

If the idea that Kyrgyzstan’s scarce resources were being sent abroad for the gain of foreign businesses wasn’t galling enough to the public, the allegations of serious environmental risks have only soured perceptions still further. Experts have raised concerns that meltwater from nearby ice shelves threatens to flood a pond holding cyanide-rich waste and other chemicals used by the mine to extract and process gold. If the pond were to breach its banks, they say it could contaminate a nearby river that provides water to millions of Kyrgyz people.

Jakub Kronenberg, a researcher at Poland’s University of Lodz, warned several years ago that “Kumtor is the largest mining operation interfering with glaciers worldwide,” and that its impact on the ice sheets is “huge in absolute terms.” However, Centerra disputes these allegations, saying the Kyrgyz government’s own expert reports “have confirmed that the Kumtor Mine is operated in accordance with international best practices and its recommendations for improvements have been implemented by the Company.”

Centerra is now bringing an international legal case against the authorities. “The hostile actions of the Government leave us no choice but to continue to protect the interests of Centerra and its shareholders through all legal means,” Perry told RT.

It is unclear, however, what value Centerra brought to the partnership. The company boasts that the vast majority of its 4,000 employees are Kyrgyz, and that it is “the largest private employer” in the country. Now that the mine is set up, and the engineers, technicians and miners who operate it are trained, it seems the government is perfectly capable of continuing to keep the gold flowing without needing to hand over a substantial cut of the profits. This is doubly true if the allegations of hazardous practices and impending catastrophe are shown to be true.

For the time being though, it is unclear what action, if any, the state will take to remedy the purported environmental damage being done by Kumtor. Instead, the seizure of the mine is being pitched in economic terms. Damage to the pristine landscape, it seems, is less of an issue if ordinary people are at least able to profit from it.