Investigate the investigators? Netanyahu seeks ‘independent inquiry’ into own corruption probe over alleged conflicts of interest 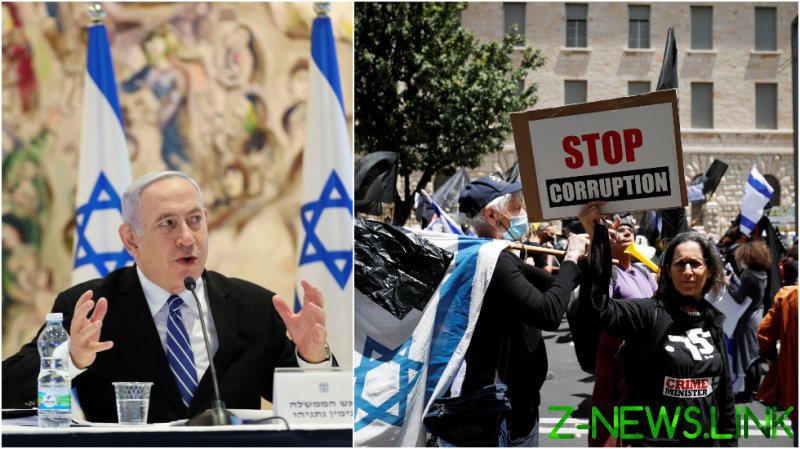 The PM demanded a new “independent inquiry” during a Likud Party meeting on Wednesday night, addressing a report from Israel’s Channel 12 earlier this week alleging that police covered up a glaring conflict of interest for a top investigator in Netanyahu’s corruption case.

I estimate with caution that the attorney general will not check into this. There’s no alternative but an independent inquiry.

The Channel 12 report, published Monday, claimed that senior law enforcement officials had recently filed a complaint with the state comptroller over a wide-spread police cover-up, alleging corruption investigator Avi Rotenberg was in an extramarital affair with Judy Nir-Mozes, the sister of newspaper publisher Arnon Mozes. The publisher has been charged alongside Netanyahu for an illegal quid-pro-quo deal, creating a possible conflict of interest, which other police officials reportedly ignored.

The prime minister’s comments, namely his jab at Attorney General Avichai Mandelblit, came soon after Haaretz reported that the AG was considering disqualifying Netanyahu from office as he faces charges in three separate corruption cases. Though Mendelblit later issued a statement reiterating his previous stance that the PM could remain in office while a defendant, his office did not directly deny the Haaretz report, declining to reveal what was discussed in internal meetings. He also slammed Netanyahu’s allegations of judicial impropriety as “baseless falsehoods.”

Mendelblit told an Israel Bar Association conference last week that Netanyahu’s corruption trial would not “establish any cause for the prime minister’s recusal,” however the Haaretz story noted the AG may have been speaking on a technicality and could find other reasons to force Netanyahu to take a “substantial” leave of absence.

Netanyahu’s corruption trial began in May after a lengthy postponement due to the coronavirus outbreak. He is facing charges of fraud, breach of trust and taking bribes in a string of scandals in which the PM is accused of accepting luxurious gifts from wealthy allies in exchange for political favors. The Israeli leader denies any wrongdoing. The PM’s next hearing is set for December 6, which he is obligated by law to attend, while the evidentiary phase of the trial will begin in January.