Home / WORLD / ‘Interviews with over 400 officials & 5000 pages of documents’: Pentagon pushes back against Biden’s claim it obstructs transition

‘Interviews with over 400 officials & 5000 pages of documents’: Pentagon pushes back against Biden’s claim it obstructs transition 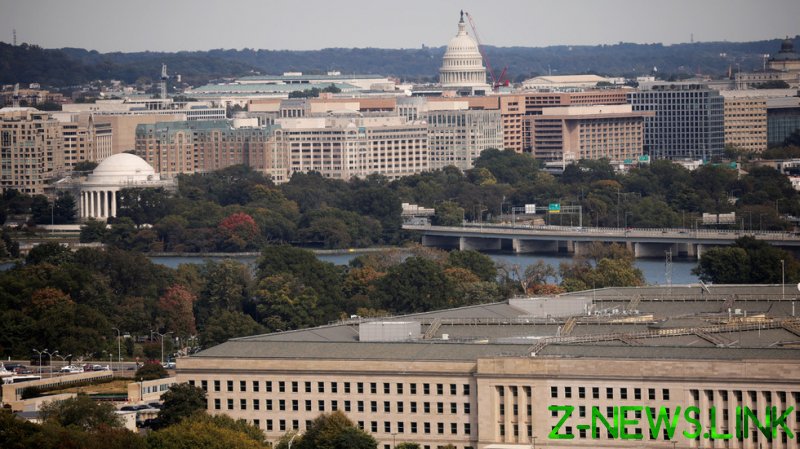 Shortly after Biden took a swipe at the Department of Defense, among other agencies that he accused of obstructing the transition, Acting Defense Secretary Christopher Miller shot back, saying that the Pentagon has gone to greater lengths than “recent administrations” in facilitating the process.

“The Department of Defense has conducted 164 interviews with over 400 officials, and provided over 5,000 pages of documents – far more than initially requested by Biden’s transition team,” Miller said in a statement on Monday.

The sum of efforts the Pentagon has put into the process so far “already surpass those of recent administrations with over three weeks to go,” he went on, noting that additional interviews with Biden staffers have been already scheduled for the end of the year on the issues of Covid-19 response and cybersecurity, as well as for early January.

Refuting Biden’s insinuations that Trump’s Pentagon appointees have undermined the transition by restricting access to sensitive national security information, Miller said that his department would continue to provide Biden’s team “access to classified and controlled non-public information,” as well as with “confirmation support” for Biden’s future appointees.

The statement comes as a thinly-veiled rebuke to Biden’s criticism of the department earlier on Monday. Speaking in Wilmington, Delaware, the would-be commander-in-chief singled out the Department of Defense and the Office of Management and Budget as the two agencies whose political leadership had planted “roadblocks” in the way of the transition.

“Right now, we just aren’t getting all the information that we need from the outgoing administration in key national security areas,” Biden lamented, denouncing the purported lack of cooperation as “nothing short of irresponsibility.”

As Biden lashed out at political appointees, he simultaneously hailed career bureaucrats – sometimes referred to as members of the “Deep State” – saying he would rely on them to help reimagine the agencies, which, he argued, sustained “enormous damage” during the four years of President Trump’s administration.