Home / WORLD / Internet switched off in Kazakhstan amid unrest – reports

Internet switched off in Kazakhstan amid unrest – reports 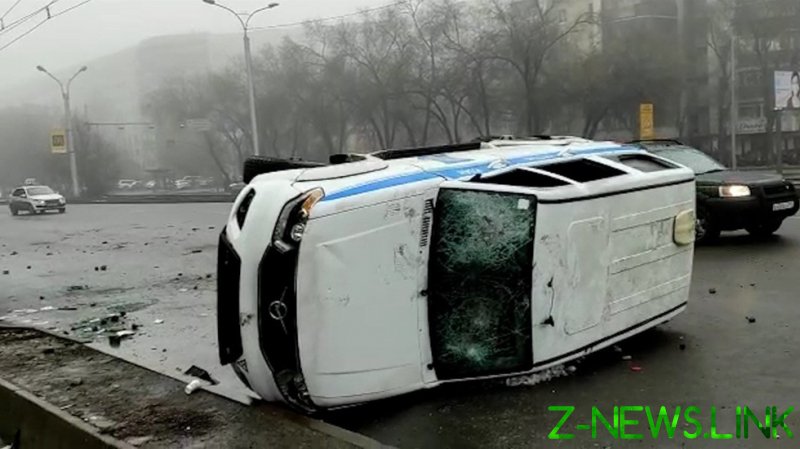 The internet was reportedly switched off across Kazakhstan on Wednesday, as the country remains gripped by violent protests that began in response to a hike in fuel prices after the New Year.

NetBlocks, a British organization that monitors internet freedom, has described the situation in the country as “a nation-scale internet blackout.”

Access to the web was cut off completely following a day of mobile internet disruptions and partial curbs on Tuesday, it added.

“The incident is likely to severely limit coverage of escalating anti-government protests,” the outfit pointed out.

RT’s attempts to access some Kazakhstan’s most prominent news websites have been fruitless amid reports of the blackout.

TV broadcasting has also been disrupted in the country. The KTK channel said it went off the air on Wednesday because the electricity to its headquarters had been cut off. NTK and Channel One Eurasia have also gone dark.

The same day, protesters broke into the offices of the Mir 24 TV channel in Kazakhstan’s largest city, Almaty. The staff had been evacuated in time, but the mob remained inside for around an hour, damaging equipment.

In order to arm themselves, the protesters attacked a firearms store in the city, breaking into its warehouse and taking everything that was inside, according to the staff. 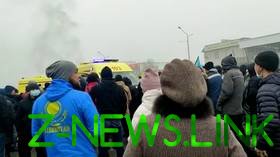 Almaty was the epicenter of violence in the country on Wednesday, with angry crowds storming the mayor’s office, the presidential residence, and other government facilities. Clashes, in which the demonstrators in some cases used firearms against law enforcement, have been taking place in many parts of the city of two million people.

The mayor’s office was also under attack in the western city of Aktobe on that day.

Kazakhstan’s President Kassym-Jomart Tokayev addressed the nation on Wednesday, expressing his readiness to “act as tough as possible” against those breaking the law.

A state of emergency had already been declared in Almaty, the capital Nur-Sultan, and one other region in the country, banning gatherings and limiting the movement of people in and out of the affected areas.

Protests began across Kazakhstan in the first days of 2022, after fuel prices doubled in the resource-rich country. The hikes followed the government’s decision to give up on the longtime price caps on liquefied petroleum gas(LPG).

The unrest has already led to the resignation of the Kazakh government and a promise by the authorities to reinstate LPG price controls for at least another half-a-year.