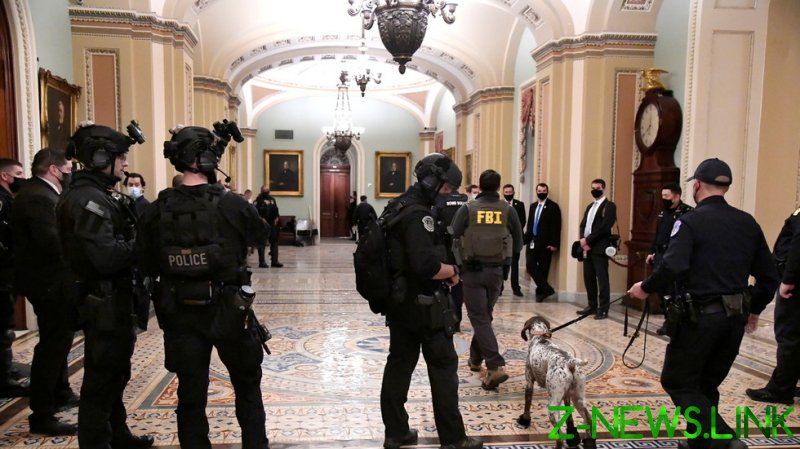 In a statement on Saturday, the USCP said that while it had originally launched 38 investigations into potential transgressions by the force members who responded to the Capitol riot, the investigators were able to identify officers only in 26 cases.

In 20 of these cases “no wrongdoing was found,” while in further six cases officers were found to be in violation of the code of behavior. Three are recommended to be penalized for “conduct unbecoming,” one “for failure to comply with directives,” another one “for improper remarks” and another person “for improper dissemination of information.” In yet another case, an officer was accused “of unsatisfactory performance and conduct unbecoming,” but the probe has been still ongoing.

Moreover, investigators failed to uncover any evidence that a crime had been committed by those handling pro-Trump election-fraud protesters who swarmed the Capitol grounds, the Capitol police said.

The U.S. Attorney’s Office did not find sufficient evidence that any of the officers committed a crime

Neither the names of the officers, nor the punishment they are expected to face have been revealed, with USCP insisting that “any recommended disciplinary actions, as well as personnel matters” were not “public information.”

In the wake of the January 6 events, Capitol police drew flak from across the aisle. While Democrats blamed the 2,000-strong force for allowing the rioters to enter the halls of Congress, supporters of former President Donald Trump demanded that an officer who shot and killed military veteran and Trump supporter Ashli Babbitt as she was pushing against a barricaded door be held accountable.

Babbitt was unarmed when Capitol Police Lieutenant Michael Byrd shot her. The internal investigation into the shooting, however, exonerated Byrd who did not face any disciplinary measures.

In a televised interview in August, Byrd said that if he knew that Babbitt was unarmed that would not have changed his decision to pull the trigger, arguing that the she was “posing a threat to the United States House of Representatives” at the time.