Home / WORLD / Internal emails reveal that the Dutch government suppressed White Helmets’ financial fraud – what else are they hiding?

Internal emails reveal that the Dutch government suppressed White Helmets’ financial fraud – what else are they hiding? 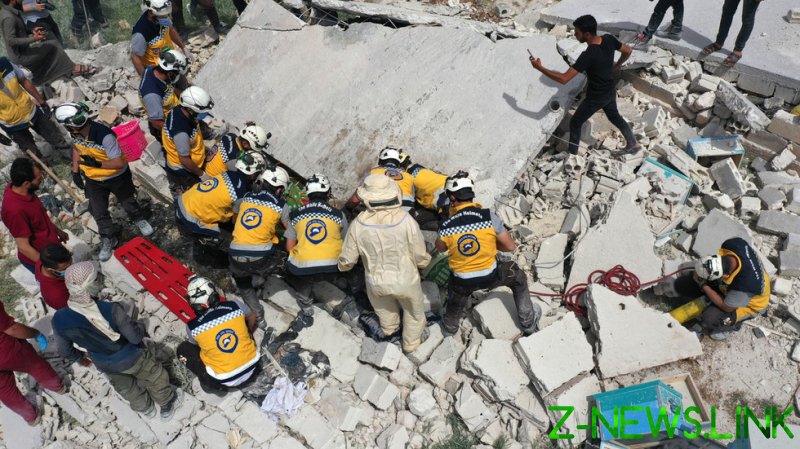 The internal communications show that, following the ever-mysterious demise of Helmets and Mayday founder James Le Mesurier in November 2019 in Istanbul, Sigrid Kaag, the Minister for Foreign Trade and Development Cooperation, planned to formally caution parliament about financial impropriety on Le Mesurier’s part. Several draft statements were produced over the ensuing Christmas period, in which Mayday was openly named.

Her anxieties were well-founded. On November 8, three days before his death, Le Mesurier openly confessed in an email to his organization’s numerous international donors – of which the Netherlands had been but one – that he was guilty of misconduct and fraud, admitting to forging receipts to hide the disappearance of $50,000 in cash, paying himself and his wife Emma Winberg “excessive” salaries, and potential tax evasion, among other malfeasance.

While claiming this wasn’t intentional, he took full and sole responsibility, and warned against further investigation into Mayday’s financial affairs, fearing that continued probing could expose yet more “mistakes and internal failures.”

In the wake of his apparent suicide, Volkskrant reports that donor countries – who’d collectively committed in excess of $100 million to Le Mesurier’s cause – convened a crisis meeting at the Dutch consulate in Istanbul, at which diplomats concluded the Netherlands was “extra vulnerable”, given all the funding it had provided to Mayday, and the organization having ostensibly been based on its soil, meaning millions in international payments had been processed through Dutch accounts.

Funding from Amsterdam had nonetheless ceased in September 2018, after a Ministry of Foreign Affairs report outlined serious concerns about Mayday’s financial practices, including a virtually total lack of oversight over, and even awareness of, how its money entered Syria, and precisely where it eventually ended up.

However, top Netherlands State Department officials strongly disagreed with Kaag’s proposal, arguing that if lawmakers were warned at all, it was best done confidentially, as if the allegations weren’t in fact true, it could “unjustly harm” Mayday.

After some toing and froing, a compromise was struck – Kaag agreed to wait for the results of an independent audit of Mayday by accounting firm Grant Thornton to be published, whereupon a letter would be sent “immediately” to parliament. As the auditors went about their assessment, in February 2020 diplomats again travelled to Istanbul to discuss the organization’s possible malpractice. Key considerations for those present were “avoiding political risks” and ensuring “minimal exposure” for Amsterdam in the case.

As luck would have it, Grant Thornton found no evidence of fraud, but did identify major failings in bookkeeping and financial supervision, with many payments untraceable. Kaag opted to keep the report private, and declined after all to apprise parliament of its conclusions. This move would be somewhat inexplicable if the auditor did indeed exonerate Mayday, but the emails unearthed by Volkskrant amply demonstrate that it didn’t.

In other words, fraud on the part of Mayday couldn’t be detected only because quite literally no records relating to where any of the sums actually went existed. As such, it’s unsurprising that an independent followup probe of the organization’s finances was considered to be a waste of time.

The Dutch Central Audit Service, which controls government expenditure, in summer 2020 ruled that €3.6 million should “preferably” be reclaimed from Mayday. However, Grant Thornton’s findings were invoked to argue there were “insufficient grounds” to pursue the matter, and Mayday was duly removed from the list of cases to be reported to parliament in July 2020.

Volksrant’s seismic revelations will no doubt make extremely uncomfortable reading for a great many powerful people. After all, the mainstream media, and the numerous governments which funded Mayday, have struggled to get their story straight on Le Mesurier, his company, and the group he founded, ever since his fatal plunge. Over the final months of 2020, a concerted campaign was waged to tie up the assorted loose ends.

First, in October, a fawning 6,000 word Guardian hagiography acquitted Le Mesurier on charges of fraud, being an agent of British intelligence, using the Helmets as a Trojan Horse for regime change in Syria, and affiliation with extremist groups.

The next month, a multi-part BBC World Service podcast series amplified this sycophantic apologism globally, while in the process smearing independent journalists and researchers who’d raised questions about the Helmets as agents of the Russian and Syrian governments, who bore significant responsibility for Le Mesurier’s suicide by spreading malicious, dangerous “disinformation”.

Both The Guardian and BBC relied exclusively on Grant Thornton’s audit to exonerate Le Mesurier of fraud charges, despite not actually having seen the findings – the former firmly contended it was just one example of how “Le Mesurier unravelled under the weight of claims that would later prove to be false.”

That this fundamental aspect of the exculpatory mainstream narrative of Le Mesurier and the Helmets has now seemingly been demonstrated to be entirely bogus, one can only wonder what other elements are similarly erroneous, why, and what else Mayday’s backers have to hide.

In respect of the latter question, one answer could well be direct or indirect funding of violent terrorist groups in Syria by the Netherlands if not many other Western governments, under the cover of humanitarian payments to Mayday. In December 2020, Dutch Prime Minister Mark Rutte admitted that he blocked a parliamentary request for an independent investigation into this very question.

After initially attempting to deny having done so, the previous month he told journalists such a probe may result in “tensions” with Netherlands’ allies, and “put the lives of former members of opposition groups… at stake.”

Evidently, try as the establishment might, the controversy surrounding the White Helmets isn’t going anywhere, and, in fact, is gaining significantly in volume and credibility. It’s anyone’s guess which will be the next domino to fall. Watch this space.