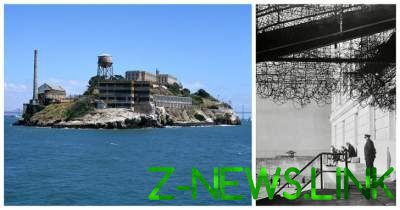 About this prison legends.

March 21, 1963 the last 27 inmates ever left the famous prison Alcatraz. According to the official version, this was done because of too high costs for the maintenance of prisoners on the island. Today this place is considered one of the most famous prisons in history. Although the biography of Alcatraz short – only 29 years old. Compared to places of detention, whose history goes back centuries, does not look very impressive. Fame of Alcatraz is largely a product of “promotion” in those days, when its inhabitants were not criminals, and tourists.

However, Alcatraz holds many secrets and mysteries. On the anniversary of the closing of the legendary prison, we offer you to remember about them.

Located in the middle of the Bay with ice cold water and strong sea currents provided a natural isolation of the island. Due to this, Alcatraz has become an ideal place for prisoners of war, and at the end of the XIX century there was built the first jail. Civilian prisoners appeared in 1906, after a powerful earthquake destroyed San Francisco along with his prison. Then hundreds of criminals were urgently transported to Alcatraz and began a new phase in the history of this place.

The place where Capone broke 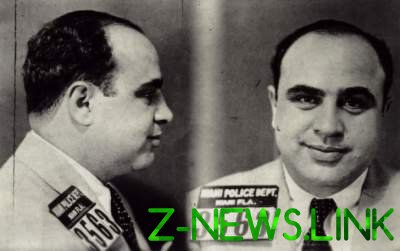 The famous gangster was sitting in Alcatraz from 1934 to 1939, and it was clearly the worst years in his life

In the 30s Alcatraz was considered to be a special prison where they send those criminals whose mafia ties was never able to break. It did so with al Capone. The charismatic head of the Chicago mafia Alcatraz lost all of its luster, influence, and authority. The prison authorities assigned him to the most undesirable and humiliating work, and the mafia boss soon turned into a pariah, by which the guards had to be protected from abuse by other prisoners. Once Capone even got from another prisoner blow a Shiv in the prison barbershop.

Successful shoots were not or were still? 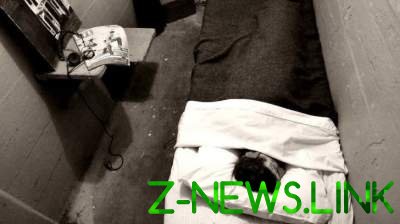 On the bed – realistic sculpture of a man in full growth. Similar models were made to fool the guards, ready to run

See also:  The winners of the prestigious competition Smithsonia. Photo

Alcatraz prison famous for the fact that over the 29 years of its existence it carried out any successful escape. Just tried to escape of 34 prisoners, in the end, seven were shot, two drowned, five were missing, the other managed to grab and bring back.

The most famous escape attempt from Alcatraz was made in 1962, shortly before the closing of the prison. June 11-Frank Morris and brothers John and Clarence Anglin managed to punch a hole in the wall leading to the service tunnel. Leaving behind the papier-mache, the fugitives were outside the prison and tried to swim across the Bay on a raft made from rubber raincoats and pressurized with concertina.

What the outcome of this carefully planned escape, remains unknown and half a century later. Authorities believe the trio drowned. But relatives of the Anglin brothers said subsequently received a postcard from them from South America. However, neither the deaths nor the fact that the success of the event, nobody managed to prove so far.

The battle of Alcatraz 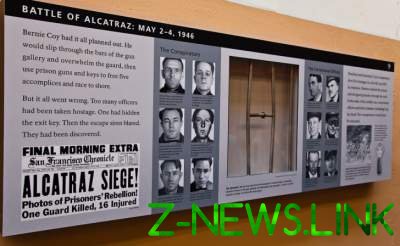 In 1946 a group escape was conceived less inventive, but more bloody. Convicted for Bank robbery is 20 years Bernard Coy was able to quietly to guard access to the cache of weapons, after which he armed himself and armed his accomplices. The criminals managed to capture and lock in the chamber of nine guards. The prisoners were intended to seize the boat and, using them, to get to San Francisco. The key, however, to leave his prison building, the rebels did not immediately found, and the selection needs of those that they took from the guards led to the lock.

About the rebellion in the prison became known to the authorities, who immediately pulled the Alcatraz police officers, FBI agents and even Marines. The authorities stormed occupied housing, suppressing the rebellion. Killing two guards, three prisoners and 14 guards and one prisoner were wounded. Two more members of the rebellion were sentenced to death. This confrontation, which took place from 2 to 4 may 1946, entered the history as the Battle of Alcatraz.

See also:  How Kiev has changed over the last hundred years. Photo 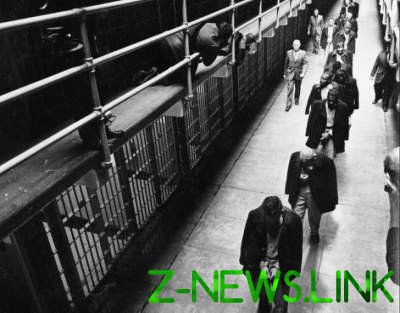 In this historical photo 1963 the last prisoners of Alcatraz leaving the legendary prison to go to other correctional institutions in the U.S.

According to the official, the prison closed due to the high cost of maintaining prisoners. Besides Alcatraz and the required repairs in the amount of from 3 to 5 million dollars. In addition, prisoners on the island is too expensive compared to mainland prison, as all regularly had to import from the mainland.

After the closing, the parties discussed the numerous ways of further use of the island. For example, it was proposed to place there the monument of the UN. In 1969 a group of Indians from different tribes moved to the island, actually capturing it. The relocation was possible due to the Federal law on the free resettlement of Indians in 1934. During your stay on the island, which lasted for two years, the Indians burned the buildings large bonfires and painted the walls.

Mecca of tourists and players 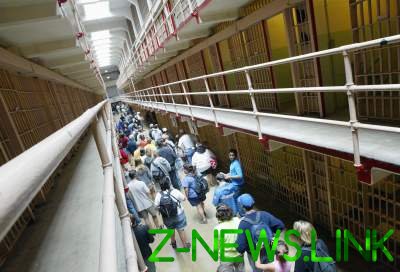 In 1971, the government decided to make Alcatraz part of the National recreation areas Golden gate. New life Alcatraz helped the popularity of al Capone, it turned out that the place where sat the famous gangster, dream to visit tens of thousands of people. And since 1973 the former Alcatraz prison became a tourist center, which now attends to a million people a year.

And in 2010, Alcatraz island, and having the second name of Rock (“Rock”), chosen by the master of street basketball. Now in the former prison yard is the main tournament of street basketball players in the world of Red Bull King of the Rock “King of rock”.

In the end, Alcatraz and finally turned into a social and cultural phenomenon known throughout the world. Perhaps it’s not a bad transformation for a former prison.