Home / sports / Inter have targeted the star player of “Shakhtar”

Inter have targeted the star player of “Shakhtar” 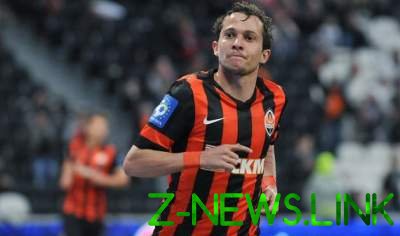 Club of the Italian Series And “inter” plans to sign the midfielder of Shakhtar and the national team of Brazil Bernard.

Bernard’s current contract with Shakhtar expires in the summer of 2018. “Inter” expects to take advantage of this situation and is preparing a proposal for the Ukrainian Champions.

Portal “Calciomercato” claims that the purchase of Bernard’s support of the technical Director of “inter” Walter Sabatini and club sports Director
Piero Ausilio.

The probability of Bernard in Milan enhances the fact that Brazilians have Spanish passport, which will allow inter to use a place for player from outside the EU.

Bernard has the best season since moving to Shakhtar. In all competitions the Brazilian played 24 matches in which he scored 9 goals and gave 3 assists.

Bernard has contributed to a breakthrough Shakhtar in the knockout stages of the Champions League on account of his two goals in the match against Feyenoord and a spectacular goal in the memorable home win against Manchester city.

Portal “Transfermarket” evaluates Bernard in 14 million euros, making it one of the most expensive footballers of “Shakhtar”.