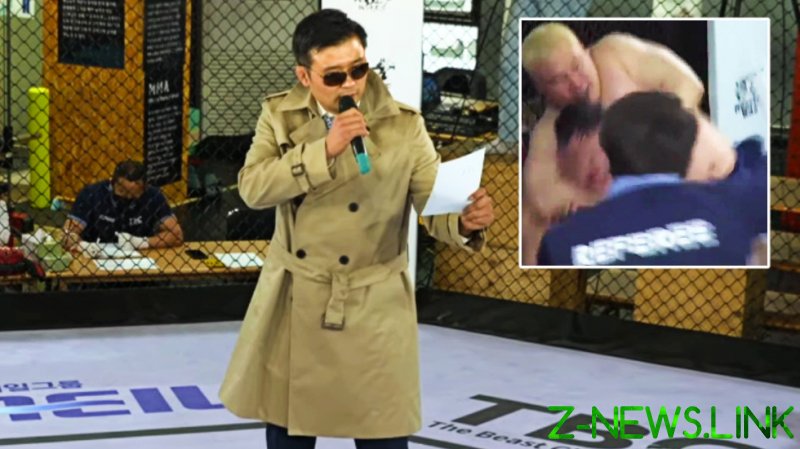 Heavyweights Jun Soo Lim and Ik Tae Jin were readying themselves for their heavyweight contest in Paju when the comical hype man took control, looking more like a detective than an MC as he worked his way between the fighters while shouting ferociously.

Reading off a scrap of paper and pointing at the powerhouses in their faces, the baffling pre-fight spectacle was picked up around the world – with many noticing how much blood covered the ring by that stage of proceedings.

The brutality continued as Lim, fighting for the 25th time in a 16-year professional career, pummeled relative newcomer Jin up against the cage.

Taking him down, the blond-mopped Lim performed a gruesome-looking bulldog choke that had Jin grimacing in pain and, ultimately, surrendering.

That improved the giant’s record to 13 wins and gave Jin his third defeat in five fights, as well as a second straight loss for the 28-year-old.

The blood came from a stoppage earlier on the card that left one fighter barely able to see as a cut above his right eye gushed out, covering his opponent’s back red and painting part of the floor a thick red.