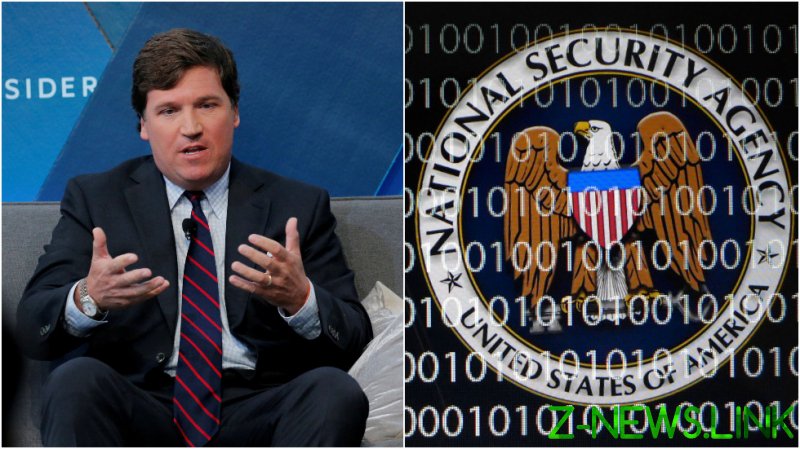 National Security Agency IG Robert Storch announced the move on Tuesday, saying his office would look into whether the agency “improperly targeted the communications of a member of the US news media.” While the statement stopped short of citing Carlson by name, unnamed officials told CBS News and the Wall Street Journal that the probe will center on the Fox host.

The investigation will review the NSA’s compliance with federal law and its own policies pertaining to “collection, analysis, reporting, and dissemination activities,” as well as “unmasking procedures,” Storch said, referring to steps the NSA must take to ‘unmask’ the identity of American intelligence targets.

A spokesperson for Fox News said the outlet is “gratified to learn the NSA’s egregious surveillance of Tucker Carlson will now be independently investigated,” calling the alleged targeting of the host “entirely unacceptable.”

Carlson first claimed that he was spied on during a segment of his show in June, saying a “whistleblower” approached him with evidence the NSA had collected his private communications. The host has so far offered few details on the whistleblower or how they obtained the evidence.

Within 24 hours of the segment, the NSA issued a rare public statement denying Carlson’s charge, insisting it is legally barred from spying on American citizens. However, the careful wording of the denial did not preclude what is known as ‘incidental collection,’ or when a spy agency grabs the communications of a US citizen who happens to be in contact with a legal foreign intelligence target. Carlson later revealed that he had been in the process of setting up an interview with Russian President Vladimir Putin at the time of the alleged NSA spying, while Axios reported that US officials had learned of those plans.

READ MORE: ‘Entire paragraph of lies’: Carlson fires back at NSA after spy organization claims he is NOT their target in ‘non-denial denial’

More recent reporting by the Record also suggests Carlson’s identity was indeed ‘unmasked’ by the NSA, though the outlet noted that his name merely came up in communications between third parties and that he was not spied on deliberately or by way of incidental collection. It remains unclear who mentioned Carlson’s name, or why they are under surveillance.

The new IG probe comes after Republican lawmakers urged for further investigation into the spying charges, including House Minority Leader Kevin McCarthy. Senators Rand Paul (Kentucky) and Marco Rubio (Florida) also joined those calls, with Paul saying the NSA was responsible for a “long train of abuses” against American citizens while voicing skepticism in its “carefully worded denial.” On Tuesday, Rubio praised Storch’s upcoming investigation, calling it an “important step toward ensuring public confidence” while urging the NSA to be “as transparent as possible so it doesn’t fuel further public suspicion and distrust.”