Intel teams up with AMD for the development of mobile CPU 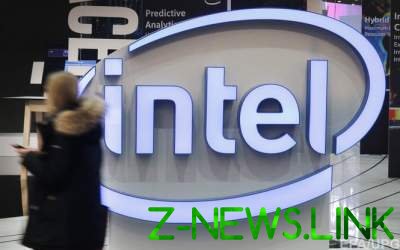 The new chips will be included in the H series, intended for laptops.

AMD and Intel have teamed up to create a brand new Intel Core graphics AMD Radeon.

It is noted that this is the first since 1980, the partnership agreement between the longtime rivals.

The new chips will be included in the H series, intended for laptops. Through the use of the processors is an extremely powerful graphics solutions AMD developers will be able to abandon the use of computers discrete graphics cards.

Notebooks created using the new chips will compete with chips from AMD Ryzen, which is also designed for ultra-thin laptops and will be released in late 2017. AMD said that the new Intel chips will be aimed at serious gamers. However, the thickness of laptops with new processors will also be reduced.

It is known that in the new processor, in addition to the computing cores and the Intel accelerator AMD also will use the memory HBM2.

According to journalists, the main goal of this surprising Union is the desire to fight against Nvidia. Go the rumor about the start of negotiations between the companies on buying AMD Radeon Technologies Group.