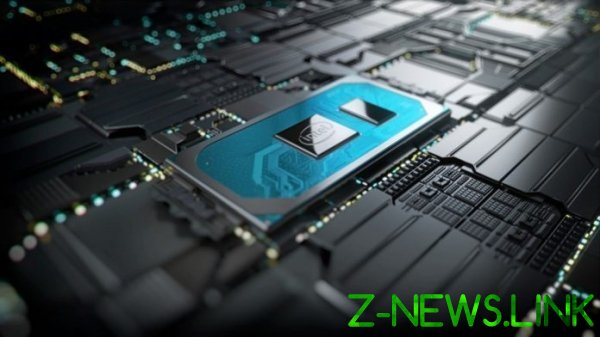 Intel announced new processors based on the 10-nm process technology with improved graphics Iris Plus.

Recently Intel demonstrated its new high-performance mobile processors, the 9th generation, but now the company is ready to talk about their future chips 10-th generation Ice Lake, which finally will be manufactured according to the norms of 10-nanometer of technological process.

Announcing the 10 Core processors generation, Intel is primarily focused on cost-effective solutions U-series intended for use in ultraportable mobile devices. Will go on the market model of Core i3, i5 and i7 processors that will receive the new powerful integrated graphics the 11 th generation of Iris Plus. As stated by Intel, the performance of new GPU enough to run games in Full HD resolution.

Based on Intel 10-th generation is the architecture of Sunny Cove. It provides the ability to create processors with the number of cores to 4. Supports the ability to run two threads of instructions to each core. The maximum operating frequency in Turbo mode is stated at 4.1 GHz. For comparison, the CPU 8 th generation Core i7-8565U could increase the frequency up to 4.6 GHz.

Despite a decrease in the maximum frequency, you should not expect performance to suffer. For architecture, Sunny Cove, the stated figure is the number of executed instructions per clock by 18%.

Other architectural improvements will also provide some performance gain. Referred to increase the volume of cache memory L1 and L2, improved the prediction of branches, increased number of execution paths. Thus, the performance of the new chips are based on a 1 GHz should increase.

There is also a noticeable impact on the performance of the processors will have integrated graphics of the 11th generation. She received 64 computing unit, operating frequency up to 1.1 GHz and the performance over 1 teraflops. For comparison, the previous integrated solution of UHD 620 included 24 compute units.

As a result, on processors with Iris Plus with 1080p resolution provided by the frequency of more than 70 fps in CS:Go (45 K/s to previous graphics solutions), about 60 fps in Rocket League and more than 30 fps in Fortnite.

Additionally it is reported to support adaptive sync VESA standard, the acceleration of video encoding for content HEVC/VP9 4K/60 and even 8K/30 playback HDR and Dolby Vision. In addition, the claimed improved energy efficiency.

Detailed technical characteristics of individual chips Intel 10-th generation (Ice Lake) are not specified yet. However, it is known that for different models the TDP level will be 9, 15 and 28 watts. Added support for Wi-Fi 6/802.11 ax and Thunderbolt 3, is approximately 2.5 times increased performance in tasks of artificial intelligence. 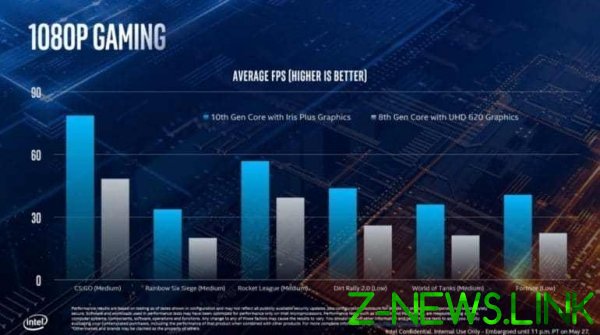 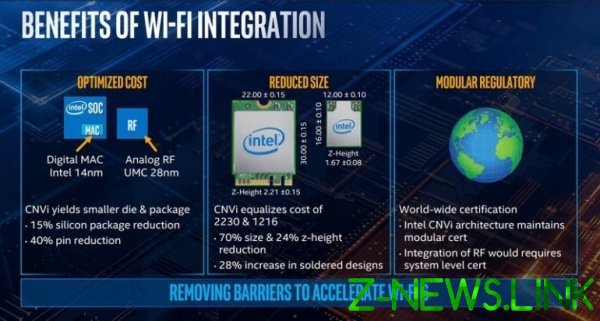 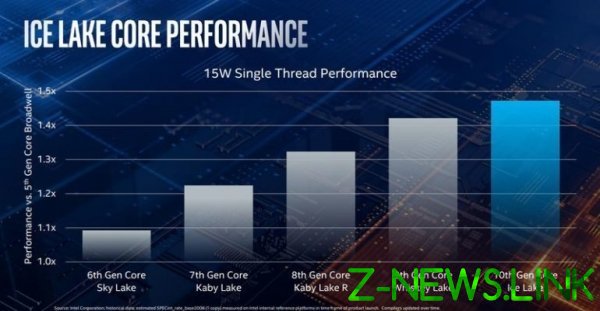 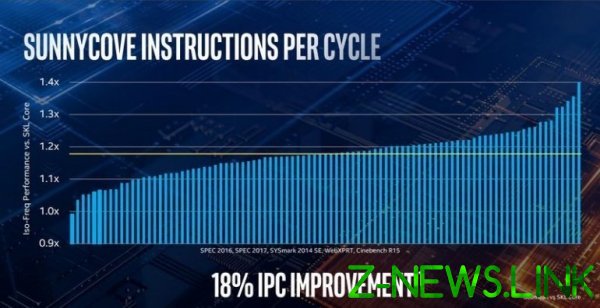 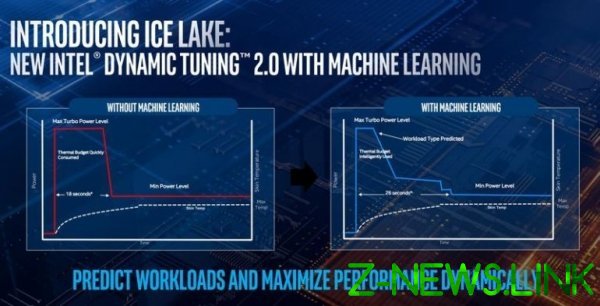 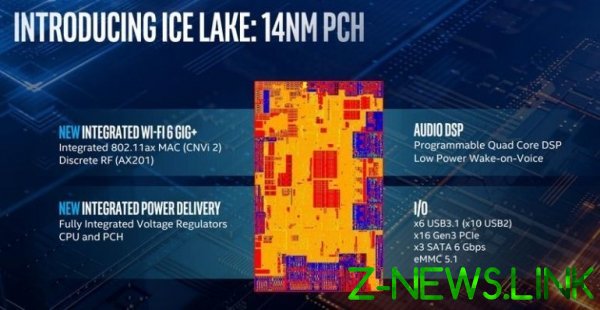 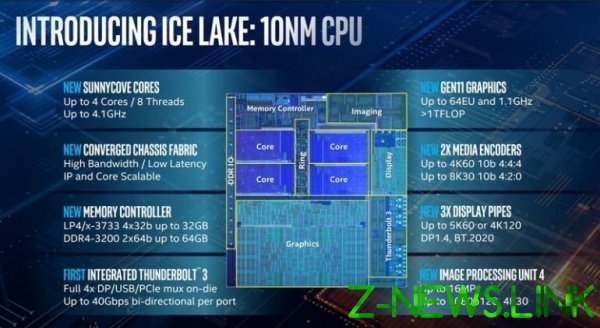 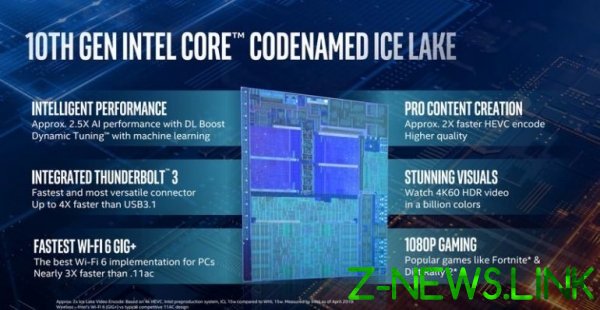 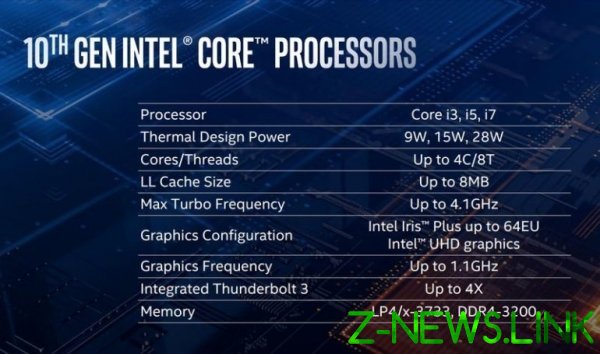