Intel has announced the imminent termination of support Bios 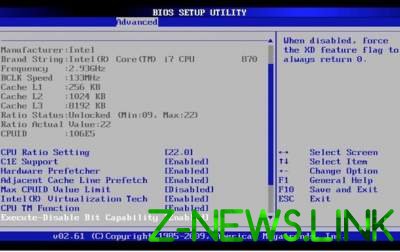 The company said that it will happen in 2020.

Intel has announced that it intends to cease all support Bios in 2020. Replaced it come a set of specifications EFI, which was developed by the company.

Lead developer for Brian Richardson said in an open statement that by 2020 all devices will be released with UEFI Class 3 or higher.

It is reported that compatibility mode Legacy Mode or Compatibility Support Module (CSM) is present in the revisions of UEFI Class 0, Class 1 UEFI, UEFI Class 2, which will allow older devices and operating systems to run on new systems, despite the lack of “innate” support UEFI.

In the end, users will not be able to use a 32-bit operating systems on new hardware, since a 32-bit distributions of Windows and some versions of Linux require the presence of CSM.

Suffer those who are using the old expansion card, including, network adapters, graphics cards and RAID controllers.