Home / WORLD / Inspector-general now probing case of Space Force commander, who was reassigned over criticizing ‘Marxism’ in US military

Inspector-general now probing case of Space Force commander, who was reassigned over criticizing ‘Marxism’ in US military 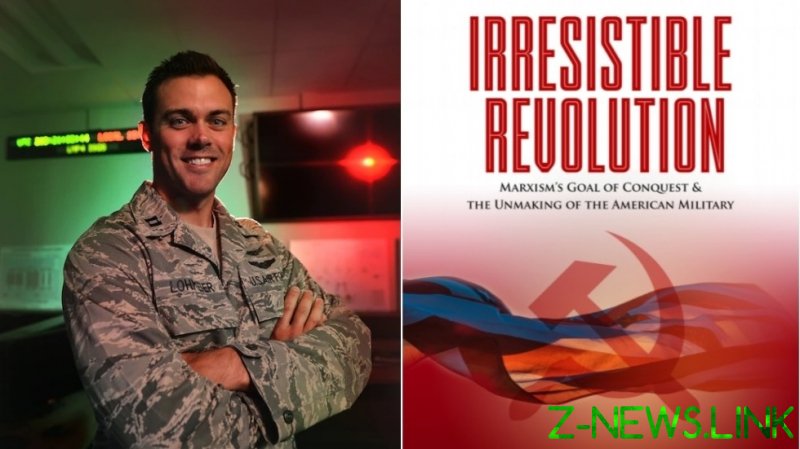 Lt. Col. Matthew Lohmeier was in command of the 11th Space Warning Squadron at Buckley Air Force Base in Colorado until last week. He was reassigned and placed under investigation for potentially “prohibited partisan political activity,” after appearing on a conservative podcast and self-publishing a book that claimed Marxism has infiltrated the US military through critical race theory.

Now the US Air Force has “elevated” the review of Lohmeier’s case to its inspector-general’s office, “due to the complexity and sensitivity of the issues under consideration, as well as potential for [Air Force]-wide impact,” USADF spokesperson Ann Stefanek told Fox News.

“This DAF Inspector General investigation supersedes the separate Commander Directed Investigation by [Lieutenant General Stephen] Whiting at Space Operations Command, which has been suspended as a result,” added Stefanek. The Air Force has the same relationship with the recently established Space Force as the Navy has with the Marine Corps.

Lohmeier was relieved of command after appearing on a conservative podcast ‘Information Operation’ and discussing his book, “Irresistible Revolution: Marxism’s Goal of Conquest & the Unmaking of the American Military.” The self-published volume claims the US military is being indoctrinated with critical race theory and Marxism, which are “antithetical” to American values.

Several Republican lawmakers have spoken up in his defense and called for his reinstatement.

“Lohmeier is a patriot,” House Armed Forces Committee member Matt Gaetz (R-Florida) told Newsmax on Friday. “He was punished because he is correct.”

In his initial podcast appearance, Lohmeier brought up the current initiatives to combat “extremism” within the military, initiated by Defense Secretary Lloyd Austin, as an example of divisive and even partisan purges. A booklet he saw as part of the training cited the January 6 Capitol riot as an example of extremism, but not the Black Lives Matter riots of 2020, for example.

The colonel stuck to his guns in a Thursday appearance on the War Room podcast, hosted by President Donald Trump’s former aide Steve Bannon.

A “climate of fear” has overtaken the military, and he was “relieved from command without anyone in the chain of command reading my book,” Lohmeier said.

He also argued that patriotism is now being portrayed as evil, pointing to the controversial ‘1619 Project’ published by the New York Times as proof.