Injuries reported after rockets fired from Gaza, as Bahrain & UAE sign peace deal with Tel Aviv at the White House 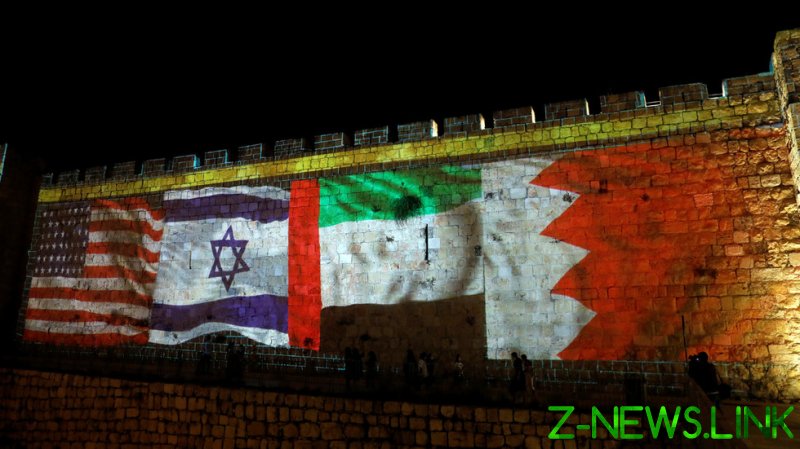 Rocket warning sirens were activated in southern Israeli cities late on Tuesday, as the ceremony to sign a US-brokered deal between Tel Aviv, Bahrain, and the UAE was underway in Washington.

The sirens were sounded in the coastal cities of Ashkelon and Ashdod. Footage from the scene shows damaged vehicles and shattered glass at the site of the rocket impact.

Local volunteer medics said they treated six people for injuries sustained in the attack, and a further six were given assistance for “emotional or psychological shock.”

The Israel Defense Forces has said it registered two launches from the Gaza Strip, adding that one of the projectiles was intercepted.

Footage circulating online purportedly shows the moment when the rocket was intercepted.