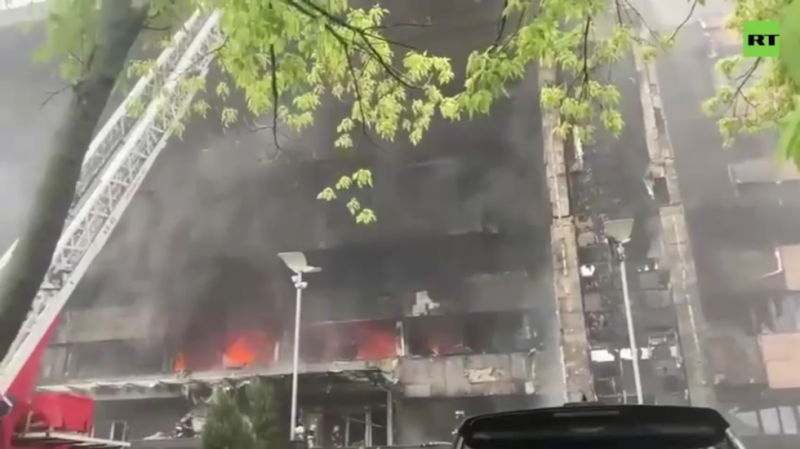 Two people have been injured following a large blaze at the Grand Setun Plaza office building in Moscow on Friday morning. Emergency services are on site but it is thought that 15 to 20 people may still be trapped inside, according to multiple sources.

125 people have been rescued from the building by the emergency services, according to the Moscow Operational Headquarters.

No fatalities have been reported so far. At least one person has been taken to hospital.

A video from the scene shows a thick cloud of smoke coming from the facade of the building. The Baza telegram channel reports that those unable to escape have taken refuge on the sixth and seventh floors, as well as the roof.