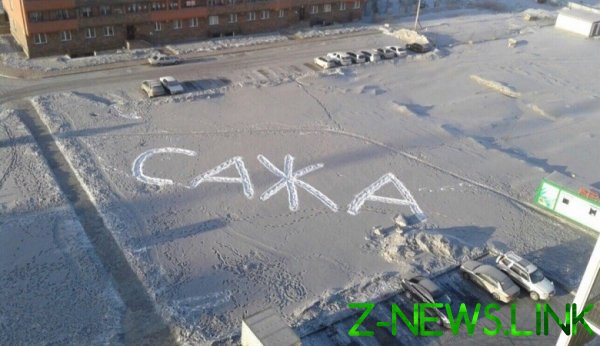 “Living in depression due to environmental disasters”

Residents of the Kuzbass city of Kiselevsk has recorded a video message to the Prime Minister of Canada Justin Trudeau and the UN Secretary-General antónio Guterres. They complained about the difficult ecological situation in the region, the tyranny of the coal miners, the inaction of the authorities, and said it was ready to become refugees in another country. Video posted on YouTube, the text of the letter posted on the website “news of Kiselevsk”.

“In Russia, particularly in the Kuzbass, has developed intolerable conditions of life. The fact that our region is rich in coal, and now coal mining is conducted in a barbaric way. Open way, not paying attention to the fact that with the huge cuts are a house. In our city Kiselevsk in the city conduct their work nine sections. The city is home to 90 thousand people. Most of the population lives around these cuts,” reads the message.

In February 2019 streets of Kiselevsk and Prokopyevsk adjacent was covered with black snow. Authorities said that the cause of the contamination could be local boiler and concentrator. In June, under the Bor began an underground fire ignited the coal.

“This winter, the whole world saw our black snow. We gasped in the city from coal dust emissions in open pit transport. Our children almost all winter (and we have the same long, as in Canada) could not go outside to walk. Children became ill from the smog, from hanging in the air of coal dust,” — say the locals.

See also:  It has become known, will show whether the Russians the Olympics

According to them, the owners of the coal enterprises “neglect the interests of the inhabitants of the city” — the houses are crumbling from explosions in mines, and resettlement in other areas “or provide housing for very little money, or provide housing are much smaller”. The officials can’t do anything to improve the environment. It got to the point that in Kiselevsk there are areas where it is impossible to find clean water. For several years there is no harvest.

Residents say the growing number of cancer patients: “We associate it with a terrifying environment. Almost every family is either already dead or suffering from cancer. The perception of a high risk of cancer when there is no possibility to leave this territory leads to the fact that we actually feel backed into a corner, living in constant depression”.

The authorities, according to the authors of the appeal argue that, if the coal will cease to produce, “people will have nothing to eat and nowhere to work.” Population provide information about the state of the environment, which is far from reality. “We are forced to live in conditions of ecological disaster. The representatives of the coal companies justify sanitary standards. The owners of the coal enterprises could not compensate for the damage to the residents in the process of open-pit mining of coal. Many of our officials who should monitor the safety of the environment, stand on the side of the miners, to protect their interests, not the interests of the children living at the foot of the dumps,” say the Kuzbass.

See also:  The Chinese are ready to change to electric cars

His appeal to the Prime Minister of Canada, Justin Trudeau, the inhabitants of Bor explain that in this North American country is similar to Siberia’s climate. They are asked to grant them refugee status and are willing to work abroad.

“One of the factors which is required to obtain this status, your country is discrimination on social grounds. We are considered poor according to the criteria that are used in Russia. We can’t sell our homes and move to other areas of our country, as our houses are very cheap due to the fact that was destroyed by explosions on the cuts, say the authors. We are tired of waiting for change. If they are, then only for the worse. And dangerous to expect that every day all becomes worse environment in our city and region, and we, the people, the citizens of this country, I notice less and less, and people die from diseases all the more. And most importantly, we don’t betray their country. We just want to survive and have a guarantee that we, as individuals, mean more than the minerals in the bowels of the earth. If we can not give the Russian Federation, so, we will look for the opportunity to live in other countries where people are more appreciated.”

If Canada will not provide residents of Bor sanctuary, that they are planning to contact the embassies of other countries, unless someone will agree to help them. Local officials while in any way, this situation is not responded.