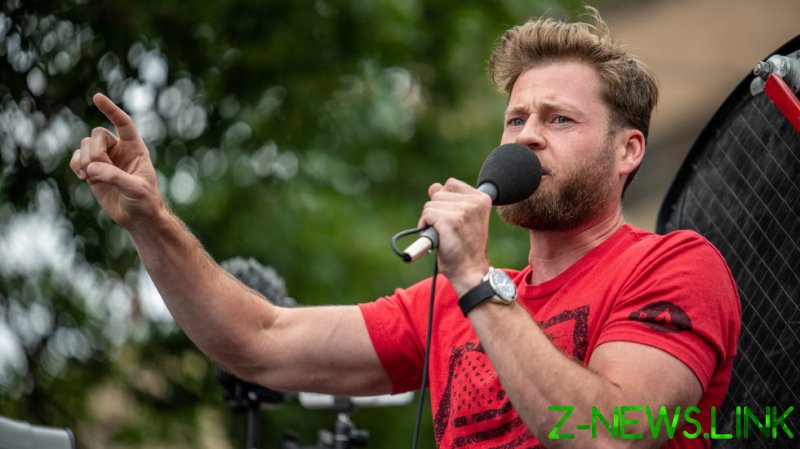 Shroyer was charged on Thursday with knowingly entering a restricted building, and with violent entry and disorderly conduct on Capitol grounds.

The charges are no more severe than those faced by most of the 500 or so rioters who entered the Capitol that day to protest the certification of Joe Biden’s electoral win, but Shroyer at the time was already barred from demonstrating on Capitol grounds after he live-streamed himself accusing Democrat Rep. Jerry Nadler (New York) of “treason” during a House Judiciary Committee hearing on the second impeachment of former President Donald Trump.

The FBI complaint against Shroyer alleges that the InfoWars host marched to the Capitol and simply stood in a restricted area outside the building. The violent and disorderly conduct charge stems from Shroyer allegedly shouting “they stole the election, we know they stole it, and we aren’t going to accept it!”

The complaint included a warrant for Shroyer’s arrest, and speaking on his InfoWars show later on Friday, Shroyer told viewers that he had to “turn [himself] in by Monday morning.”

“I plan on declaring my innocence of these charges, because I am,” Shroyer announced.

Shroyer is the number two host at InfoWars, alongside stalwart conspiracy theorist Alex Jones. Both Shroyer and Jones, along with the InfoWars channel, have been banned from multiple social media platforms, for allegedly spreading hate speech.

Shroyer is probably the most recognizable name on the American Right charged in connection with the Capitol riot. Others charged range from militia members accused of conspiracy, to so-called ‘MAGA Moms’ whose only crimes involved walking into the Capitol and snapping selfies.