Infiniti has officially announced that it is going to demonstrate in all its glory, the technological concept of its new electric car

Car manufacturer Infiniti continues to impress all fans of modern sports cars more new and interesting technical concepts of the models, and this time the company has not struck in a dirt the person.

The fact that today Infiniti officially announced that it is going to demonstrate in all its glory, the technological concept of its new electric car, Infiniti Q, is made in the segment of so-called “sports sedans” is a pretty broad category of vehicles, both from a technical and visual point of view. However, the engineers and designers of the Infiniti with the preparation of a single unified style of his new car, looks like everything is in order.

Because the company in fact intends to create a sporting version of the sedan current market, which will be built on four-wheel drive electric motor – which in itself is not surprising. Given the fact that the new model Infiniti Q – judging by renderam and preliminary concept artam – there is a rather low type semi-sports suspension and the generally low level of gravity of the suspension, it becomes clear that the engineers of the car company appeared truly original and even a little crazy idea.

Despite the fact that the company does not hurry to announce any details about its new electric vehicle concept art Infiniti models Q already suggests that many other competitors in the market can adopt this technical design – a four-door sedan with a low rise and four-wheel drive motor becomes a truly attractive models to copy, but only if Infiniti itself will cope with its task.

See also:  Became known, when Ukraine will be toll roads

It should be noted that the technical concept of the new Infiniti electric vehicle Q will be demonstrated during a special automotive exhibition Auto Shangai 2019, which will be held in Shanghai in a few weeks – until that time, we hardly get any third party and interesting information about the model, and therefore it only remains to wait for the exhibition, and official confirmation from the company. 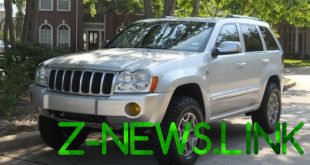