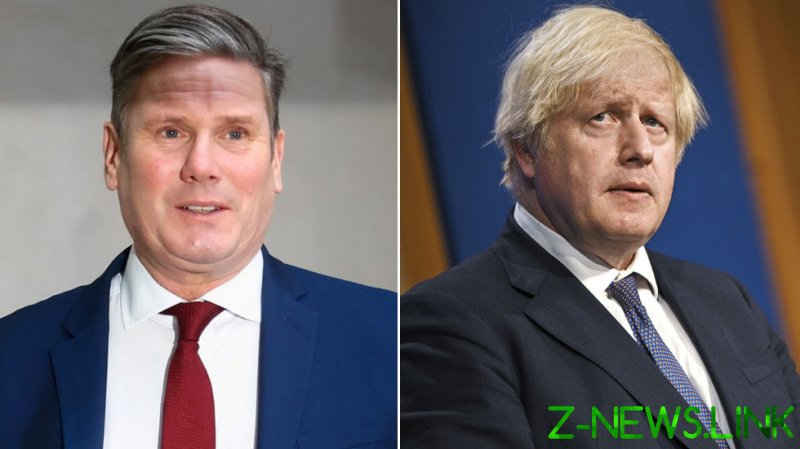 If you think Boris Johnson has had a torrid few days, spare a thought for poor Sir Keir Starmer. His week started when the Labour Party’s National Executive Committee (NEC) governing body voted to ban a number of hard-Left organisations. The controversial decision had the backing of Starmer. The groups banned were Resist, Labour Against the Witchhunt, the Labour In Exile Network and Socialist Appeal, which describes itself as a Marxist voice of Labour and youth. It is estimated that around 1,000 members will be removed from the party as a result of the decision.

The move was criticised by John McDonnell, the former Shadow Chancellor, who said, “standard Blairite fare to try show how strong a leader you are by taking on your own party but bizarre to do it by expelling people, most of whom have left already.”

McDonnell is of course right, as Labour’s membership has plummeted under Starmer’s leadership, losing over 50,000 last year alone. Moreover, those who remain members are not entirely sold on Starmer. A recent poll found that 67% have a favourable opinion of their leader, but 31% have an unfavourable opinion. This is far from a unified party, never mind an effective opposition.

The decision to provoke a fight with the hard Left has been criticised by the powerful Momentum organisation, which played an integral role during the leadership of Jeremy Corbyn. Momentum complained that “at a time when the Tory government is allowing the pandemic to rip through the country, the Labour leadership has once again turned inwards.”

It is evident that this battle for the heart and soul of the party is far from over, especially as Momentum has influence over a number of large local Labour associations.

Then came the news that the party is losing cash like water passing through a sieve. David Evans, Labour’s General Secretary, claims that the party’s finances have suffered because of the fall in membership and the use of funds to deal with anti-Semitism cases. He allegedly told staff that the financial reserves are so low that they only cover one payroll. As a result, the party is being forced to lay off a quarter of its workers.

Labour’s idea of reducing its staff through ‘voluntary redundancies’ has also gone down like a lead balloon with the trade unions, who are the party’s largest donors. A co-authored letter from the Unite and GMB trade unions concluded with a scathing attack on party management. It stated that “we note that the lack of clarity, trust and openness with staff is breeding a climate of anxiety and fear amongst staff impacting on their mental health. It is simply not the way we would expect an organisation like the Labour Party to undertake work of this nature.” It is never a good idea to upset your paymasters.

To top off this disastrous week for Starmer, he now has to self-isolate for a fourth time, as one of his children tested positive for Covid. Former Labour PM Harold Wilson once said that “a week is a long time in politics” but, for poor Sir Keir, it must have felt like an age and Saturday surely cannot come quickly enough. Indeed, the recent surprise victory in Batley and Spen must already seem like a lifetime ago.

Now, before we go any further, I want to make it clear that I am no fan of the Labour Party. I have had too many run-ins with it over the years, particularly over Brexit. I do believe, however, that the country requires a strong opposition. In its absence, what we have in England is virtually a one-party state, where the Tories are allowed to emerge from crises relatively unscathed. Take for example the Matt Hancock affair and the Dominic Cummings revelations. In years gone by, the Labour Party would have benefited from these squalid incidents, yet in its current state it is unable to make any headway.

Much of the mess Labour finds itself in must be laid at Starmer’s door. In backing the NEC in its confrontation with the hard Left, Starmer obviously wants to imitate former leaders Neil Kinnock and Tony Blair, who both benefited from taking on the militants. Indeed, in the long term, the actions of the NEC are probably in the interest of the party; but they are not in the interest of the country in the short term.

What the UK needs right now is an effective opposition and Labour cannot be that if they are fighting each other. You would usually have more chance of seeing a flying pig than have me agreeing with Diane Abbott, but I have to admit that she was right when she said that Labour must start “fighting the Tories” and “not each other.” They owe it to the country and to voters of all stripes.