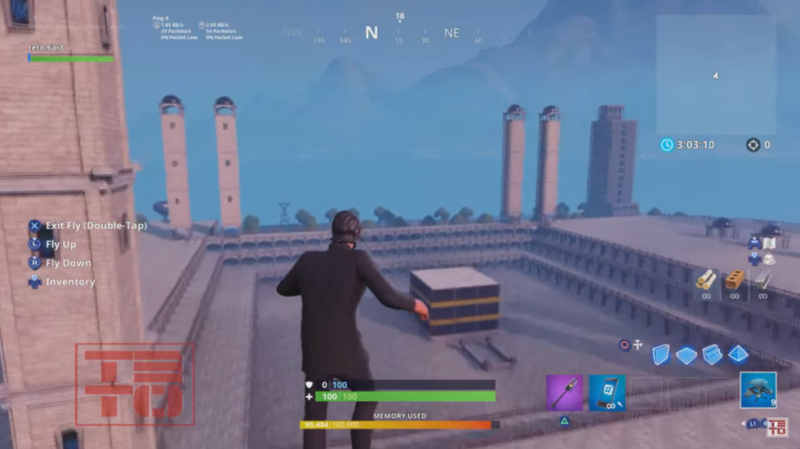 “In this game, I was told that there are icons that are considered to be similar to the Kaaba that must be destroyed to get new weapons and advance to the next level,” Minister of Tourism and Creative Economy Sandiaga Uno said in a statement to CNN Indonesia on Monday. He has instructed his staff to look into barring children from playing the game, the news outlet reported.

The controversy stems from a YouTube video posted in 2019, in which a player created a replica of the Kaaba, located in the city of Mecca in Saudi Arabia. The video does not show the Kaaba being destroyed, but it nevertheless caused a stir in the Islamic world, with Egypt’s Al-Azhar University in Cairo issuing a fatwa against the game last month.

Fortnite developer Epic Games weighed in when the controversy first broke, stating that the content was created on an “island made by a player in creative mode” and noting that, “on the island, you can’t destroy the Holy Kaaba.”

Epic Games’ statement was made over a week ago, but Minister Uno evidently didn’t get the message. Minister of Communication and Information Johnny Plate has taken a different approach, telling CNN Indonesia his ministry “is coordinating with the Indonesian National Police to track down and take action against the perpetrators who created the content.” However, it’s unclear whether the Kaaba replica was even created by an Indonesian player.

Fortnite is played by an estimated 350 million gamers worldwide, many of them in Indonesia. “Banning the game is way too extreme, since Fortnite has a huge fan base in Indonesia,” one 25-year-old fan told Vice News on Wednesday. “There’s always a possibility that the objects in the game resemble a building or something … it would be better for the government to cross-check with the developer first.”

“If anyone is to blame, then it’s the creator who made it,” another player told Vice, adding that the government needed to do more research before deciding to ban anything.