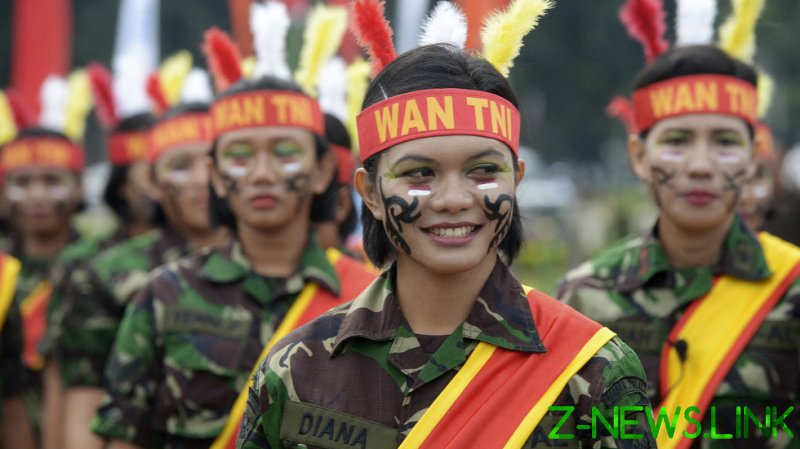 “There’s no more of that,” Army Chief of Staff Andika Perkasa declared, discussing the so-called ‘two-finger’ virginity tests which had examined “whether the hymen was ruptured or partially ruptured” before female cadets could be admitted.

Addressing concerns raised by Human Rights Watch (HRW), which investigated the process in 2014 and 2015,  Perkasa made it clear that the selection process going forward will be equal for male and female cadets. HRW had pressured the Indonesian military to end the examinations, calling them “discriminatory and degrading.”

Previously, the Indonesian military had defended the tests by claiming that they were necessary to determine the morality of potential recruits despite the World Health Organization claiming they have “no scientific validity.”

Separately, the Indonesian Navy said that virginity tests do not take place but pregnancy tests on female applicants do occur. The navy’s spokesperson, Julius Widjojono, defended its practice by stating that “both men and women undergo the same examinations.”

Indonesian Air Force spokesperson, Indan Gilang, claimed this branch of the military does not conduct any examination called “virginity tests,” but admitted female reproduction tests are done to check for cysts or potential medical complications.

The announcement from Perkasa was met with praise from human rights groups. Andy Yentriyani, the head of the National Commission on Violence Against Women, said “there was never any need for the tests” and HRW’s Indonesia researcher Andreas Harsono declared that it was “the right thing to do,” as the practice had been “degrading, discriminatory and traumatic.”