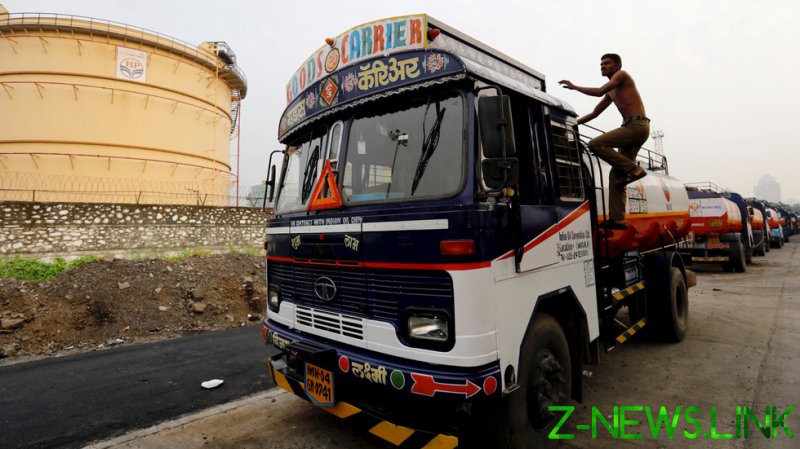 Following months of increasing coronavirus infections across the country and heightened restrictions meaning a lower-oil demand, India can finally see the light at the end of the tunnel. According to new predictions, India’s oil demand could reach pre-pandemic levels by the end of 2021.

India’s Oil Minister Dharmendra Pradhan told Bloomberg this week, “There are signs of demand resurgence due to lifting of lockdowns and gradual pickup in economy,”. Meaning, “We are confident by the end of the year, we will be in a very robust position to restore our original consumption behaviour.”

Diesel and gasoline have been some of the hardest hit energy products, as strict lockdowns restricted movement across the country. Demand decreased by around 30% compared to the pre-pandemic 2019 average.

However, as we are finally seeing a downward turn in infection rates in India, the country’s fuel consumption is gradually rising again. Providing vaccination rates increase and India avoids the ever-threatening fourth wave later in the year, oil rates could return to normal by the end of the year.

India imports around 80% of its oil, making it the third largest oil importer globally. With a population of over a billion people, it is a key market for oil and gas, expected to be one of the biggest over the next decade.

The concern for India now is rising oil prices. Indian officials are asking OPEC+ to stop oil cuts in order to stabilise the currently high global oil prices. Oil officials in the country are warning OPEC that India’s concern is finding the lowest oil prices, meaning it is more than willing to turn to more competitive oil-producing countries for its imports.

Oil Minister Dharmendra Pradhan stated at the BNEF Summit last week, “Today’s price is a very challenging one”, “I am persuading my producer friends” for more reasonable oil prices.

This is concerning for Middle Eastern oil producing countries which rely on India for their export market. In May, Middle Eastern exports to India fell to a 25-month low, due to low demand, producing quotas, and high prices.

India has long spoken about diversifying its oil imports as concerns around strict OPEC production quotas increased. Until recently, India’s oil imports came predominantly from Iraq and Saudi Arabia. However, in recent weeks India has looked to alternative options for its imports.

India is setting its sights on Latin America, the United States and the Mediterranean for cheaper imports. And as Guyana increases its presence in the oil world, India was quick to forge a partnership with the rising oil power, commencing imports of Guyana’s Liza light sweet crude this week.

A cargo of 1 million barrels will start its journey on July 4 on Greece-flagged tanker Militos set for India’s Paradip port, where it is scheduled to arrive around August 8. While prices have not been reported, this is a ‘trial cargo’ for Guyana’s oil, to see whether India will deliver a longer-term contract to the new oil producer.

As oil demand slowly returns to normal in India, OPEC will have to think carefully about its next moves if it hopes to keep India as a key importer of Middle Eastern oil.