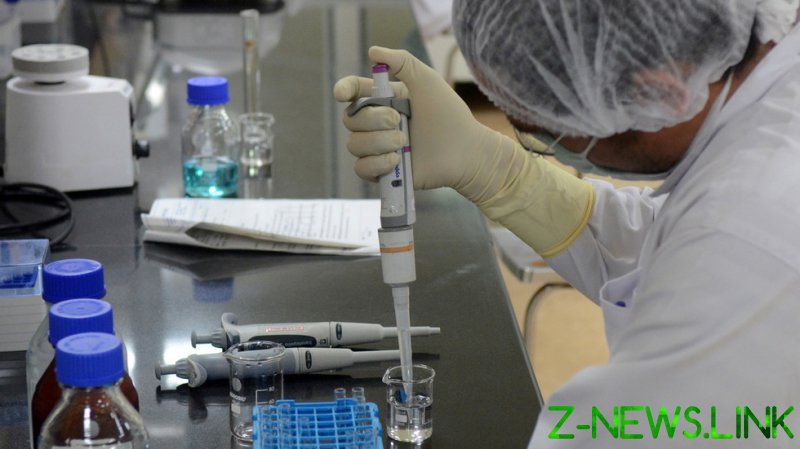 The Indian regulator greenlighted the “restricted” emergency use of two inoculations on Sunday: Covaxin, developed by the Hyderabad-based firm Bharat Biotech, and the AstraZeneca/Oxford vaccine, manufactured locally by the Serum Institute of India and promoted under the name Covishield. India’s chief drug control officer V.G. Somani insisted both jabs are “110 percent safe” and produced only mild symptoms that are common to all vaccines.

A health watchdog group, the All India Drug Action Network (AIDAN), has protested the move, calling on the government to provide a “detailed rationale” for the decision and additional data on the shot’s safety and efficacy.

“In respect to the Covaxin, the primary concern is the lack of efficacy detail, because the Phase III trial is still ongoing in India,” AIDAN’s co-convener Malini Aisola told RT, adding that it was “too early for any interim analysis to have taken place.”

So far, information about Covaxin – based on tests carried out on humans – is derived from just 755 participants in the Phase I and Phase II trials, which looked into safety and immunogenicity, she said.

AIDAN’s skepticism was also shared by Anant Bhan, the former president of the International Association of Bioethics, who said the approval lacked transparency and that the government has used “not very clear” language in public discussion of the jab.

“Hopefully, we will see the regulator providing more context and details,” Bhan told RT. “While everyone is keen on having a vaccine, it’s also important to ensure there is a fair level of public confidence in the decisions [on how] the vaccines are being used.”

While a government expert panel previously recommended approval for Covaxin “in clinical trial mode,” Aisola said she had doubts whether that rule would be upheld in practice, given that an association of private clinics in Brazil is already in talks to obtain the Indian-made vaccine. The recent statements made by its developer also raised further suspicion, she said.

On Monday, Bharat Biotech and the Serum Institute of India released a joint statement saying they are determined to “ensure the smooth roll-out of vaccines,” and that immunizations have the power to “save lives and accelerate the return to economic normalcy at the earliest.”

Aisola voiced some concern over the AstraZeneca jab, too: “Not all of the data from the Indian bridging study was submitted to the regulator, especially in relation to immunogenicity detail, which, again, we feel, defeats the purpose of a local study.”

Notably, India has approved the use of two full doses of the AstraZeneca vaccine, which has shown only 62 percent efficacy in trials and is believed inferior to a protocol involving a half-dose followed by a full one. But because only the former regimen had been studied locally in India, the regulator apparently stuck with what it knew, Aisola observed.

“The efficacy would vary [depending] on the dosing regimen, the interval between doses, and other factors,” she added.

According to UK trial results published in the The Lancet medical journal last month, while the AstraZeneca vaccine was 62 percent effective after two full shots, the half-dose/full dose protocol showed 90 percent efficacy. The Serum Institute of India has apparently applied for a two-full-dose scheme.

Aman Gupta, the co-founder of the New Delhi-based healthcare communications firm SPAG, told RT the vaccines’ approval was “baffling” and had left many questions “unanswered.” He suggested the “rushed” decision may have been prompted by a desire to “build some optimism among the population” and to bring positive news with the New Year.

“If we look at the data available, we will see that AstraZeneca vaccine has a 62 percent efficacy rate, and for the Bharat serum we do not have any necessary efficacy rate at all,” he said.