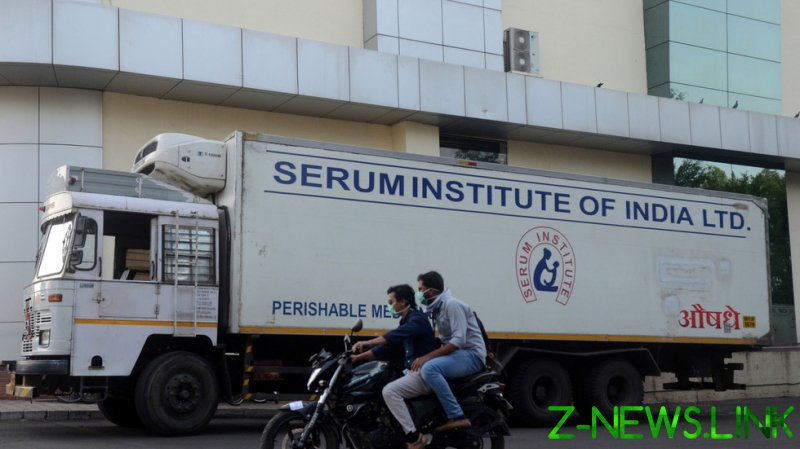 On Monday, Adar Poonawalla, the head of the Serum Institute of India (SII) said the European Medicines Agency (EMA) had elected against including Covishield in the list of vaccines sanctioned within the EU scheme.

The program, which, from July 1, opens European borders to people who have been inoculated with approved EU vaccines, includes AstraZeneca’s vaccines produced in the EU and the UK but not the identical version made by the SII, the world’s largest vaccine manufacturer. The list also includes the Pfizer, Moderna, and Johnson & Johnson shots.

Poonawalla said on Twitter that he was aware that many Indians were now facing issues traveling to the EU, having been administered the Covishield jab, and promised to resolve the matter as soon as possible.

The online reaction to the EU decision has been damning, with many accusing Brussels of double standards and “vaccine racism.”

Some called it “discrimination,” and questioned why the EU would differentiate an Indian firm renowned for its vaccine-making capacity from European manufacturers, when the shot was “made with proper technology transfer from the mother company.”

Another described the EU’s move as “shocking,” noting: “Needless formality that SII has to specially apply, considering the two are literally the same,” Meanwhile, one Twitter user said it was clearly a “a policy decision” by Brussels, and one that was “quite frankly, very insulting.”

Others were keen to point out that the Covishield vaccine, approved by the World Health Organization, and used around the world, had also been exported to the UK. “This is for Covishield, which is approved and used in the UK and some countries in the EU, until they stopped it,” one person noted, referencing that five million Indian-made AstraZeneca vaccines had been exported to Britain earlier in the pandemic, albeit without Covishield branding.

The EU had attempted to make up for the shortfall in European AstraZeneca production by procuring direct from the SII, although it is not clear whether any Indian-made AstraZeneca was administered within the EU.

The SII has now filed for authorization for its copy of the AstraZeneca vaccine to be used in Europe and therefore included in the EU’s program. The Economic Times reported that India’s foreign ministry had raised the issue with the EMA.

An AstraZeneca spokesperson said they were working to ensure the “inclusion of Covishield as a recognized vaccine for immunization passports” in the EU.