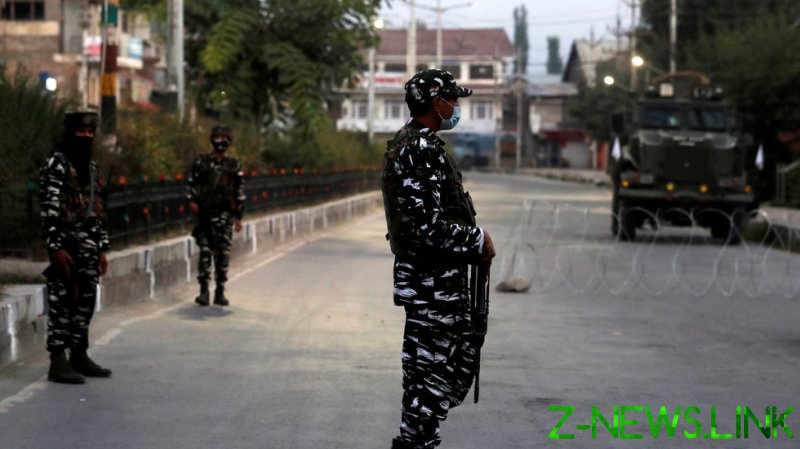 The authorities have turned off the internet in the area as a precautionary measure and introduced restrictions in the Kashmir valley following Geelani’s passing, police chief Vijay Kumar told Reuters.

“Troops are being deployed at sensitive places in Srinagar and other major towns and no vehicular movement is being allowed,” another police official told the media outlet. An official said that access to Geelani’s residence had been completely sealed off.

Kashmiri separatist politician Syed Ali Shah Geelani was buried overnight following his death at the age of 91 on Wednesday evening. He passed away having developed chest pains and congestion, a member of his family told Reuters; it is understood that he had been ill for some time.

Only a handful of relatives, including his two sons, attended the 4:30am ceremony near his home in the city of Srinagar. “There was heavy security at the funeral, including plain clothes policemen,” an official told Reuters.

Geelani, the most senior separatist leader in Kashmir, had been living under house arrest for the last 12 years having played a leading role in several secessionist and anti-India protests.

Pakistani Prime Minister Imran Khan said Geelani’s passing would be marked with a day of mourning.

Tensions have long simmered in Kashmir where secessionist groups have campaigned for the independence of the territory, which as a whole, falls both in India and Pakistan. Amid competing claims from independence leaders and Pakistan and India, China has also laid claim to parts of the region.

In 2019, Geelani quit the hard-line Hurriyat Conference, a group of secessionist parties formed after a 1993-armed uprising against New Delhi, claiming it was ineffective in countering India’s increasingly tight grip on Kashmir.

During the same year, India removed the autonomy of Jammu and Kashmir state, replacing it with a federal administration.