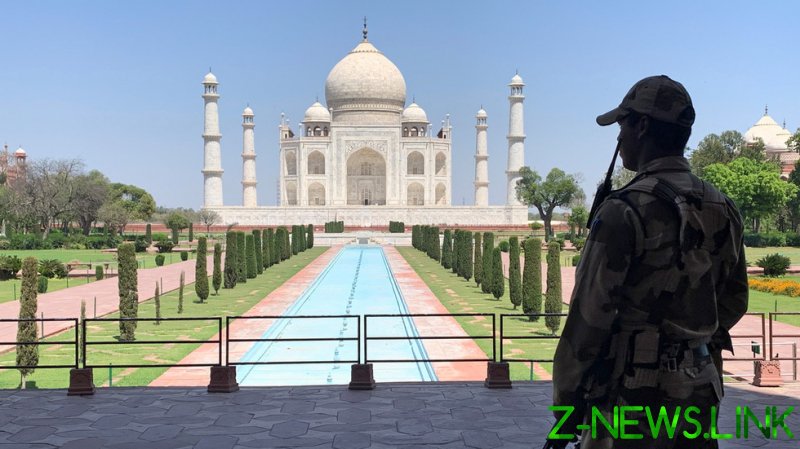 Tourists were evacuated from the world-famous palace in Agra on Thursday morning following the anonymous bomb tip. A search operation was launched.

The police said the man who called claimed he was somehow wronged during a military recruitment process and planted a bomb in the Taj Mahal. The Indian authorities are almost certain the threat was made up.

Police promised to trace the origin of the call, and shortly afterwards, an arrest was reported. The suspected bomb caller turned out to be a resident of Firozabad, a city near Agra, who was apparently upset about not being accepted into the military.

The Taj Mahal, with its ivory-white towers and ornate domes, is perhaps the most recognizable landmark in India. It was commissioned by 17th-century Mughal emperor Shah Jahan as a mausoleum for his favorite wife, Mumtaz Mahal, and serves as the final resting place for his own remains. Millions of tourists visit the city of Agra to marvel at the Taj Mahal each year. In 2020, it was closed to visitors for six months, and reopened in September with Covid-19 safety guidelines in place.