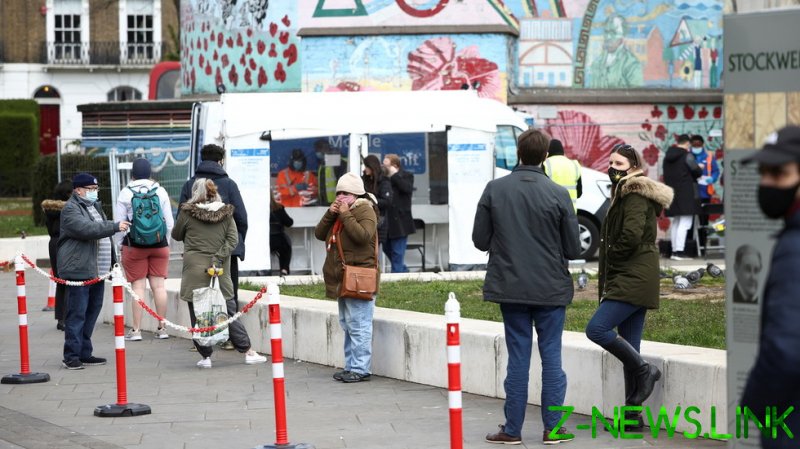 The latest figure, reported by Public Health England on Thursday, puts the total number of B.1.617 Covid-19 strain cases in the UK to 132, an increase from 77 reported a week ago.

Earlier this week, the UK added India to its travel ‘red list’ over the new coronavirus strain, which Health Secretary Matt Hancock described “a variant of concern.”

The restrictions went into effect at 04:00 BST (03:00 GMT) on Friday, barring the majority of travellers from India from entering the country. An exception was made for British and Irish passport holders, as well as UK residents, who will have to quarantine for 10 days in the government-sanctioned hotel upon arrival.

Also on Thursday, the first cases of the new variant were confirmed in Belgium where a group of 20 Indian nursing students tested positive for the infection.

They arrived in the country in mid-April through the Charles de Gaulle airport in the French capital, Paris, the office of government commissioner Pedro Facon told AFP.

The students have been placed in quarantine in northern Belgium, where their nursing courses were to take place.

The ‘double mutant’ variant of Covid-19 is believed to be behind a recent surge in infections across India. It is thought to be more contagious due to its carrying two mutations in spike protein, which allows the virus to infect cells and evade the immune system.

Indian scientists have described the strain as a mix of the South African, British, and Brazilian Covid-19 variants.

There are also concerns that the Indian variant could be more resistant to vaccines, as specific jabs have already been shown to have varying efficacy against different Covid-19 strains.

The new variant has already been spotted in the US, Australia, Germany, Namibia, New Zealand and Singapore, among other countries.