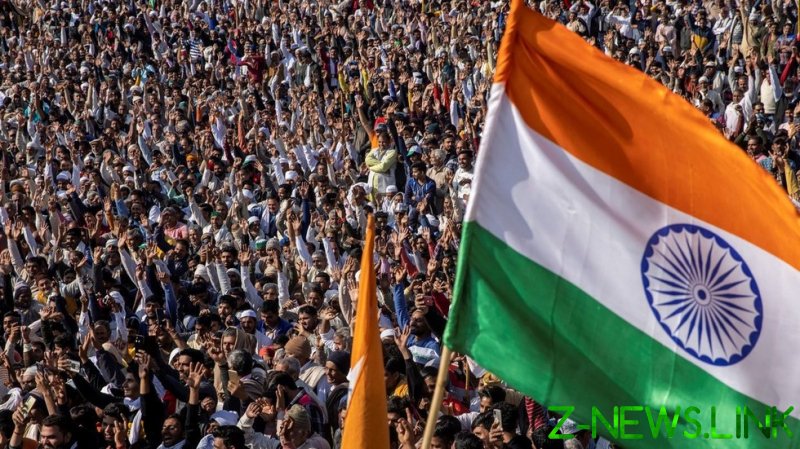 Disha Ravi, a young activist from Bangalore, was taken into custody over the weekend and charged with sedition and criminal conspiracy on grounds that she was a “key conspirator” in creating and disseminating the toolkit, which police say advocated “disaffection with the Indian state” and “economic, social, cultural and regional war against India.”

While Ravi insisted at a court hearing that she only edited two lines in the document, police believe she had a bigger role in producing it and at some point forwarded it to Thunberg. The Swedish teen activist would later post the doc to her own Twitter account, stoking intense public backlash as critics accused her of taking part in a ‘foreign plot’ to fan unrest in India. The outrage only worsened after Thunberg replaced the toolkit with a hastily “updated” version, now devoid of most specific instructions featured in the original.

Police in New Delhi previously claimed the toolkit exposed a “conspiracy by an organized overseas network” to instigate protests in India, and that the creators of the document could have links to Sikh separatist groups. The Indian External Affairs Ministry also said the document demonstrated that “vested interest groups” were trying to “mobilize international support against India.”

Though the toolkit appears to have been a result of collaboration between several individuals and activist groups, the Canada-based Poetic Justice Foundation has acknowledged some role in producing the missive. The group – whose main objective is to “create awareness and dialogue around human rights and social justice issues” linked to the South Asian diaspora, according to its founders – issued a lengthy statement addressing the toolkit on its website.

“Recently, Indian media has breathlessly repeated information about our organization that is in many cases incorrect and, too often, entirely invented,” the org said, adding that it “did not coordinate any protest activities occurring within India.”

Instead, the PJF says it developed “key messages” in support of the protests along with local activists and encouraged “the world to pay attention and amplify this message,” stressing that it did not approach Thunberg or any other celebrities to pass the talking points.

The 22-year-old’s arrest has triggered condemnation from some public officials, with Arvind Kejriwal, the chief minister of Delhi – where Ravi remains in custody – blasting the incident as an “unprecedented attack on democracy” in a tweet on Sunday, arguing “supporting our farmers is not a crime.”

Award-winning journalist Nitin Sethi, meanwhile, took the authorities to task over the move, questioning whether “editing documents that help people coordinate views disagreeing with those of the [government]” should be declared a “seditious” act. “All journalism of real courage could be termed seditious then,” he added.

The months-long bout of farmers protests was kicked off on the heels of proposed agricultural reforms which some farmers fear will open up the country for corporate exploitation and deprive them of a minimum wage. India’s government, however, has maintained that the reforms would bring an influx of private investment, boost overall production and give producers more options for where to sell their goods, also claiming that most agricultural workers support the bills. Nearly 60 percent of India’s population of 1.3 billion depends on farming, according to the India Bread and Equity Foundation.