India will help to measure precise distance to the moon 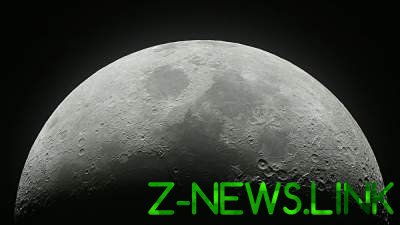 NASA appealed to new Delhi with a request to take on Board the station this module in July last year.

Indian automatic lunar expedition “Chandrayaan-2”, the start of which is now scheduled for July of this year, delivered to the satellite equipment that provides National administration of the USA on Aeronautics and space research (NASA).

As reported by the press the head of the Indian space research Organization (ISRO) Kallasvuo Sivan, the us space Agency will use this module to determine the exact distance between Earth and its satellite.

“Set of laser reflector provided by NASA, will fly an experimental module aboard the “Chandrayaan-2″. American scientists will use it to measure the distance between the earth and the Moon. This device, which will be installed on the lander will be able to pinpoint the location of the station, stranded on the lunar surface”, – quotes on Wednesday Sivan the Times of India.

He said that NASA had contacted new Delhi with the request to take on Board the station this module in July of last year, last September, ISRO gave a positive response.

Earlier it was planned that the mission “Chandrayaan-2” go to the Earth in may of this year. This is not the first postponement of the start of the expedition, it was expected that the Indian auto station will go to the moon in April 2018. But then it was announced that the mission was postponed to October 2018, and then in January 2019, and later in April and may of 2019. Now ISRO says July. The reasons for the postponement of the start of the expedition is not yet officially disclosed.

See also:  Scientists have suggested that could trigger Martian war

Apparatus “Chandrayaan-2” should continue with the Indian lunar program, which was started by the machine, “Chandrayaan-1”, sent to the Earth in 2008. If “Chandrayaan-1” was a space station, the apparatus “Chandrayaan-2” is a much more complex project that involves landing on the moon and delivery to the surface of a small Indian Rover, which should work on the lunar surface for at least one lunar day (14 earth days). In addition, the station needs to deliver more than 10 Indian instruments for lunar exploration.