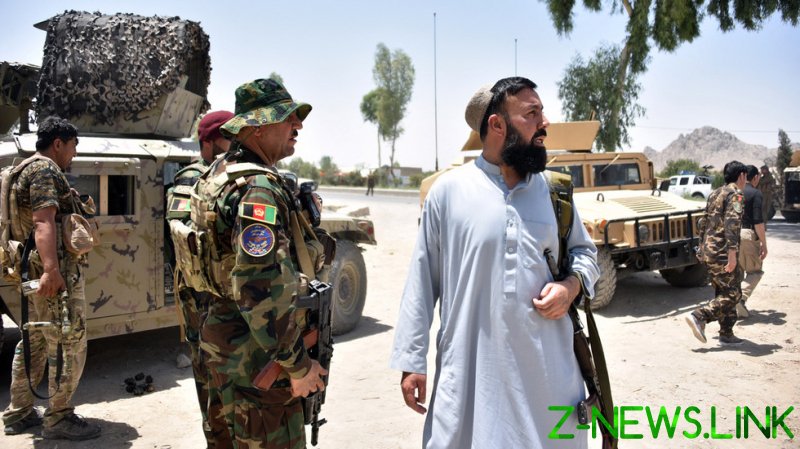 A special aircraft operated by the Indian Air Force was reportedly dispatched on Saturday to retrieve around 50 diplomats and security forces from Afghanistan’s second-largest city.

India’s foreign ministry said in a statement that Indian nationals working at the consulate had been “brought back for the time being” due to “intense fighting” near Kandahar city. The ministry stressed that the consulate would continue to operate with the assistance of local staff members and that the decision to withdraw its diplomats was “a purely temporary measure until the situation stabilizes.”

On Friday, Taliban forces entered the outskirts of Kandahar city, the capital of the province of the same name, seizing houses and buildings as they battled Afghan troops. The insurgent group has captured districts surrounding the city as part of a large-scale offensive that was launched as the US military began to accelerate its withdrawal from Afghanistan in May.

The Afghan government has deployed special forces units, as well as the country’s air force, in an attempt to push back the Taliban assault.

The militants now claim to control 85% of Afghanistan’s territory, a figure that Kabul has dismissed as propaganda. However, some of the group’s territorial gains are beyond dispute. Earlier this week, Taliban fighters captured two major border crossings with neighboring Iran and Turkmenistan. It’s also believed that the insurgents control approximately two-thirds of Afghanistan’s border with Tajikistan. Moscow has signaled that it is ready to help protect Tajikistan in the event of a Taliban incursion into the country.

Meanwhile, President Joe Biden has defended his administration’s decision to withdraw US forces from Afghanistan, promising that the United States would not “walk away” from Kabul as it tries to keep the Taliban at bay.