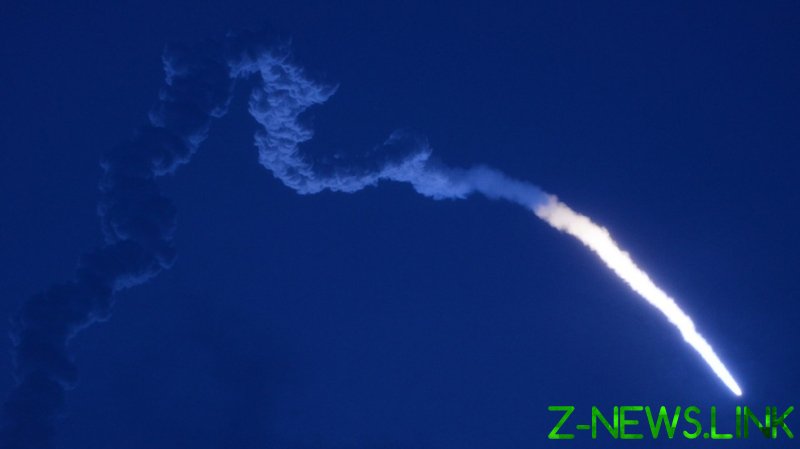 On Thursday, the Indian Space Research Organisation (ISRO) said that the 12-story-tall Geosynchronous Satellite Launch Vehicle (GSLV) had launched successfully at 5:43am IST (0:43pm GMT) from the Satish Dhawan Space Centre on Sriharikota Island in eastern India. The group shared an image of the lift-off from their livestream.

However, despite the first and second stages of the mission going according to plan, the GSLV spacecraft soon ran into trouble.

“Cryogenic Upper Stage ignition did not happen due to technical anomaly. The mission couldn’t be accomplished as intended,” ISRO said on Twitter. The third stage uses India’s first indigenously made cryogenic engine.

In a livestream of the launch, shared online by the space agency, scientists at the mission control center can be seen looking on, increasingly concerned, as the rocket’s trajectory flattens out. The commentary stops completely as the space boffins gather in front of the giant display screen.

The rocket was carrying a powerful Earth observation satellite, which has the capacity to quickly monitor natural disasters such as cyclones, cloudbursts, and thunderstorms.

According to Indian media reports, the important cargo has been lost. Jonathan McDowell, a US-based astronomer claimed the rocket and its EOS-03 satellite probably landed into the Andaman Sea, west of Thailand.

The satellite, mounted with a sizeable telescope to monitor weather patterns on the Indian subcontinent, was meant to be placed in a geostationary orbit nearly 36,000km (22,500 miles) above the equator.

The launch was supposed to be India’s first of the year and represents the first failed mission since 2017.