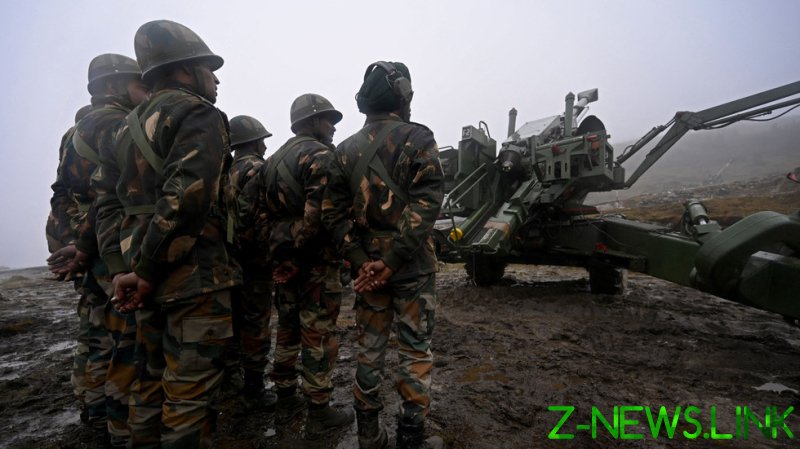 Indian Foreign Minister Subramanyam Jaishankar has announced that his country has deployed a record number of troops on the border with China in an effort to “pressure” Beijing into de-escalating tensions in the region. He noted that the move comes after China significantly ramped up its presence on the disputed border since 2020.

Chinese and Indian troops clashed in the northeast Indian state of Arunachal Pradesh on December 9, marking the first altercation between the two nuclear-armed Asian states in nearly two years. The scuffle did not last long, as both sides quickly disengaged, with only a few soldiers sustaining minor injuries.

The Indian Defense Ministry claimed that the fighting was provoked by Chinese troops who had attempted to cross the disputed Himalayan border and accused Beijing of trying to “unilaterally” change the status quo in the region.

Following the incident, India’s opposition National Congress party accused the government of “being indifferent” to the threat from China and demanded that the border situation be immediately discussed.

Beijing, meanwhile, has called on New Delhi to “strictly control and contain” its troops on the front line and has offered to work together to maintain peace and tranquility on the border.

Previously, Chinese Foreign Ministry spokesman Wang Wenbin had insisted that the China-India border area was “generally stable” and that both sides continued to maintain dialogue on border-related issues.

The nearly 3,500-kilometer Himalayan border has long been a point of contention between the two Asian states. In 1962, China and India fought a full-scale war for control of the area, which Beijing claims in its entirety and considers part of Tibet. Hand-to-hand fighting broke out along the line in 2020 after China objected to India’s construction of a road in its claimed territory. India said it lost around 20 troops, while China claimed to have lost four.