Home / Society / Increased the number of Ukrainians coming to Poland

Increased the number of Ukrainians coming to Poland 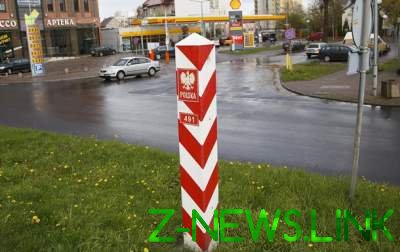 The number of Ukrainians crossing the Polish border, grew by 18%.

About 80% of people who cross the border between Poland and Ukraine are Ukrainians. This was announced by the representative of the Beskydy Department of a border service of Poland Anna Michalska.

According to her, the number of Ukrainians travelling to Poland has increased since the abolition of the visa regime with the EU.

“From 11 June to Poland on the basis of the passport drove 1.7 million Ukrainians, including nearly 600 thousand people without visas. Over the same period last year to Poland drove the 1.4 million citizens of Ukraine, that is about 18% less,” she said.

We will remind, the Polish government officially announced the commencement of “black list” of Ukrainians.

In this regard, the Ministry of foreign Affairs of Ukraine said that such actions violate the agreements reached during the meeting of the representatives of the Advisory Committee of the presidents of Ukraine and Poland.