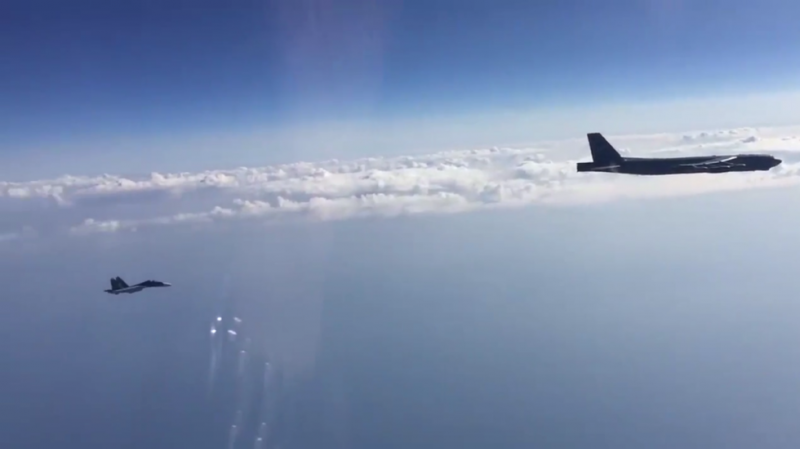 Speaking to government newspaper Rossiyskaya Gazeta, Russia’s Deputy Minister of Defense Alexander Fomin recalled some recent close calls, and accused the US and its allies of also using “aggressive rhetoric.”

“In 2020, the activity of the air and naval forces [of NATO] has increased significantly, and situations that can lead to serious incidents are increasingly emerging,” Fomin said, “These actions were openly provocative. The incidents were avoided only thanks to the high level of professional training of Russian pilots and sailors.”

READ MORE: US-Russia naval game of chicken off Vladivostok is more dangerous than it seems

In particular, Fomin noted that NATO had held a naval exercise on the same day as the World War II Victory Day celebrations, and that multiple flights of American planes “in the immediate vicinity of the Russian border” had been recorded.

More than 15 flights by US strategic bombers were recorded in August and September alone.

The deputy minister also recalled two recent incidents, in which British and American destroyers entered what Russia considers to be its territorial waters. Last month, following an incursion by the USS John McCain, when the Russian Navy threatened to ram the vessel out of its waters near Vladivostok, the US called Moscow’s maritime territorial claims “excessive.”

“We are prepared for a professional and constructive dialogue on the condition of observance of principles of mutual respect and each other’s interests,” Fomin concluded.