Inconclusive and terribly complex: Member of WHO Covid-19 origin study talks report and politics with RT 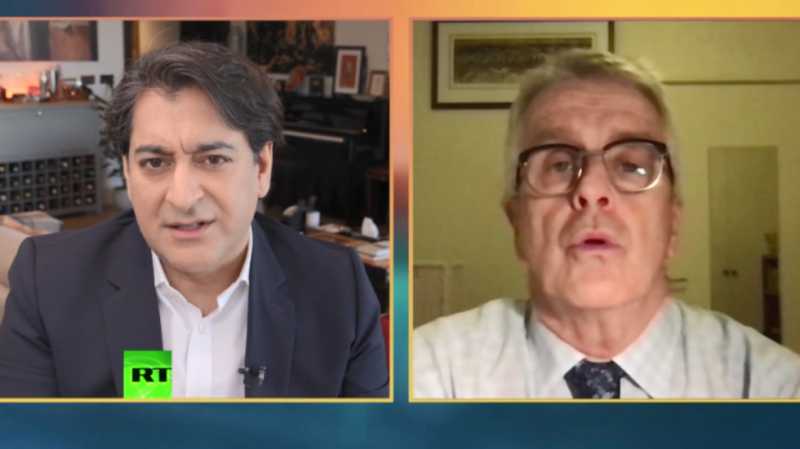 Discussing the recently released WHO-convened Global Study of the Origins of SARS-CoV-2 on the latest episode of Afshin Rattansi’s Going Underground, Prof. Dominic Dwyer, from Australia, said it is difficult to determine where the virus came from.

“There is no doubt that the virus exploded in Wuhan, there’s no question about that,” he said, adding that the existing “scanty” evidence of SARS-CoV-2 circulating in other countries before December 2019 didn’t tell the scientists anything about its origin, as people could have been spreading it without realizing it, given the close trade and industrial ties between Europe and Wuhan.

Prof. Dwyer, who was part of a WHO-appointed international team, called the idea that SARS-CoV-2 came from a lab in Wuhan “highly unlikely”, because a similar virus that had been found in a Chinese mine in 2013 – the “closest genetic relative” of the virus – was still “not the same” and was never cultured in a lab.

“It doesn’t mean that the lab idea is off the table, it just needs more evidence. If some people have such evidence, they need to come forward and present it,” he went on.

He was referring to widely circulated media reports that in 2013 Chinese workers got severely ill after working in a mine from which scientists later recovered a virus that was said to be similar to SARS-CoV-2.

Addressing the concerns that China withheld some crucial data related to the investigation, Prof. Dwyer said that the investigation was ongoing, the data that hadn’t been provided at first is being provided now, and the situation was entirely appropriate.

Whether there’s stuff that’s hidden there, well, how would we know by definition if it’s hidden? But I think the data that was provided was certainly enough to now make conclusions on the importance of the work.

Regarding the political take on the mission’s results, Prof. Dwyer said that the scientific findings are open to interpretation. He explained that he and his team look at the data, review it, and ask questions about it, but what people do with it next is up to them and their political interpretation.

We can’t control the politics, unfortunately. The key issue is that if you make too much political fuss about it, you prevent the ongoing work from happening and you close off the chance to continue this work, and as a scientist, that’s what really worries me.

The WHO’s Global Study of the Origins of SARS-CoV-2 was released on March 30, leading to the WHO vowing to extend the probe into the origins of the virus.