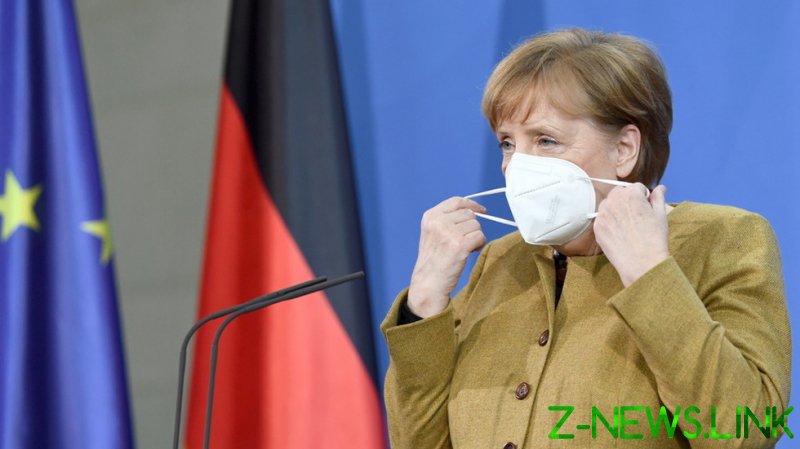 Allegations of German politicians at the highest level of Chancellor Angela Merkel’s government profiteering from the pandemic have rocked a nation sick of lockdown restrictions, struggling with a stubborn Covid-19 infection rate and a shambolic vaccine rollout.

A leading figure in Germany’s largest opposition party, Alternative für Deutschland (AfD), Euro MP Gunnar Beck, fears the corruption could go deeper, telling me, “While two of Mrs. Merkel’s allies have been found out and resigned from their parties so far, the odds are there are significantly more involved in this corrupt behaviour.”

German magazine Der Spiegel is reporting that up to a dozen MPs might be involved in the face-masks-for-kickbacks scandal where two key MPs were allegedly paid hundreds of thousands of euros in exchange for facilitating lucrative government contracts.

Beck said the environment for corruption became apparent at the outset of the coronavirus outbreak.

“There was an acute shortage of face masks and other relevant equipment in Germany and predominantly foreign companies were looking to shift production and take advantage of that situation,” he said.

“They were looking for quick and smooth access to government deals and it appears that some MPs provided such access in return for significant financial gain that was straightforwardly unlawful.

“So not only do we have incompetence that led to a shortage of protective equipment in the first place, it seems we have incontrovertible evidence of widespread corruption. Incompetent and corrupt; those are the two adjectives that characterise the German government’s whole approach to the coronavirus crisis.”

The two politicians embroiled in the scandal have quit not only their parliamentary posts but their political parties as well, with the Christian Democrats’ (CDU) Nikolas Loebel, 34, announcing that he was to quit politics altogether, leaving his parliamentary seat, a post on the Foreign Affairs Committee and his party with immediate effect.

Resigning, Loebel said: “I take responsibility for my actions and draw the necessary political consequences.” He had admitted that a firm he ran earned €250,000 commission from face mask sales.

Georg Nuesslein, a 51-year-old MP with Christian Socialist Union (CSU) the sister party of Merkel’s CDU has denied charges stemming from an inquiry into alleged bribery after accusations were made that he was paid €600,000 for lobbying a mask supplier during the first wave of the pandemic.

While he has so far resisted calls to resign immediately, Nuesslein has quit his CDU party and said he won’t stand for re-election in the September’s Bundestag elections.

With elections scheduled for this weekend across several German states, this latest scandal could not have come at a worse time for Chancellor Merkel’s government, currently sitting on a one-year 30 percent low in the polls.

Merkel must now be counting the days down until she departs the German political stage and hands over the keys to her successor, expected to be newly-installed CDU leader Armin Laschet. Then the inquest into what went so badly wrong with the national handling of the coronavirus will be his problem to deal with.

And Mutti Merkel can wash her hands of the whole sorry mess.