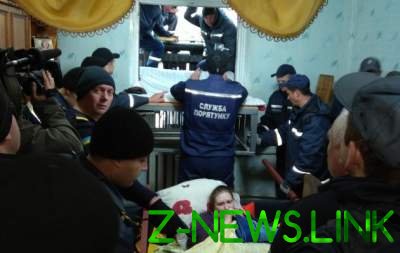 A woman living in Korosten, it hurts the so-called “elephant disease”, which is why a woman’s weight is 370 kg. 39-year-old woman was offered treatment in Germany.

However the difficulty was that to get out of his house a woman could not.

See also:  In the river promise to be fined for pyrotechnics

To make it, too, was not possible because the doorway was only 80 cm.

“Fortunately, the apartment Oksana was on the first floor of an apartment building. Korostenskyi rescuers together with the medical center have produced a special device, and one of the enterprises of the city provided viruscheck, by which 60 persons of staff of the 8th part of the State firefighting and rescue transported the patient through the window of the apartment on the street, and then to the ambulance that will take her for treatment in Germany”, – reported in DSNS.

See also:  The inhabitant of the Crimea went to prom in embroidery