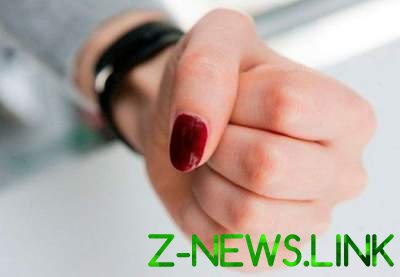 2-year-old boy with numerous bruises, contusions and fracture of the nose hospitalized

In the Zhytomyr region police are investigating the beating of a woman and her 2-year-old son: the woman broke the child’s nose. This was reported in Korosten police station, reports Hronca.info with reference to UNIAN.

According to the report, 25 October at Korosten police Department received a report from the hospital about hospitalization 2-year-old boy with numerous bruises, contusions and fracture of the nose. During the examination of the circumstances of injury to a child it became clear that involved in beating a 32-year-old mother.

In the course of priority actions of the police, it was established that the event took place on 21 October, however about it it became known on 25 October, when the house where the family lives, a local paramedic and found the child’s condition. Nurse immediately called an ambulance for hospitalization small, whose face and body had numerous bruises and contusions.

In the future, the boy was diagnosed with brain concussion, a hematoma, a closed fracture of the nasal bones and bruises.

The house is inhabited by his mother, stepfather and 4 children aged 2, 6, 9 and 12 years. During the interview family members regarding injuries the little boy had received contradictory testimony. However during the inspection the police found that the son still beat mother when he came home tired after the chores, and he was capricious.

Now the child is in the hospital, the boy turns out to be necessary medical care.

For these events the police in coordination with the Prosecutor’s office initiated criminal proceedings with preliminary legal qualification under article 125 (Intentional slight bodily injury) of the Criminal code of Ukraine.

The sanction of article prescribes punishment from a penalty before the annual corrective work. Police also filed a motion for consideration of the question of expediency of stay of the child in the family.