In Zhytomyr, a woman brought her baby fists. Video 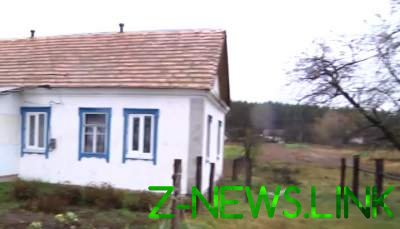 The mother repeatedly struck a 2-year-old child on the head and broke their child’s nose.

In Zhytomyr region 32-year-old woman brought her baby fists. The boy just started to act up. For this, the mother repeatedly struck a 2-year-old child on the head and broke their child’s nose.

That day, the woman returned from work not in the mood, the baby began to act up. Without thinking, the mother calmed the son several blows to the head. With a broken nose, a concussion and bruises she hid her son for almost a week. While 2-year-old boy accidentally saw a local paramedic.

At the whole body bruises, face large bruises under the eyes. The child could not help — something to touch, he was in pain. He was distraught, crying, so we kept on hand, — said the head of obstetric point of Tatyana Beloshitsky.

See also:  Doctors saved the baby, abandoned by his mother because of illness. Video

Now the boy is in the hospital. He’s getting better. The mother departs from her son on a step, and not let journalists. Previously social services had no issues to this family. Now, however, they will address the question on deprivation of mother’s parental rights.

The issue will be put to the Commission for the protection of children’s rights, it will be considered at the Executive Committee of the village Council and I think that would be to submit an application to the court, — said the acting head of the Department for children of Korosten RGA novel by Kokosh.

See also:  Execution of the billionaire in Moscow: footage from the scene of an emergency. Video

To investigate this case and will be in the police force. In addition to the deprivation of parental rights, the woman will be responsible for the beating of a child. The police have opened criminal proceedings upon drawing slight injuries. This article prescribes punishment in the form of a penalty or corrective works.