Home / Society / In Zaporozhye there was an unusual monument

In Zaporozhye there was an unusual monument 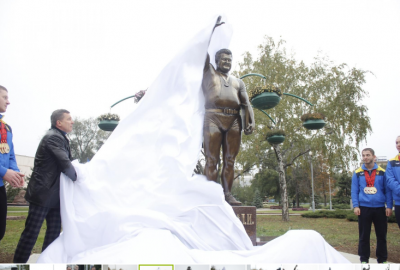 A monument dedicated to the famous weightlifter.

In Zaporozhye, in the heart of the walk of fame, opened the monument to the famous weightlifter Leonid Zhabotinsky, who lived in the city.

The ceremony took place on October 26. The event was attended by the wife of Leonid Ivanovich, his son and next-of-kin, friends, local authority representatives, MPs and Zaporizhia athletes.

Monument the guests were introduced to the son of the legendary athlete. 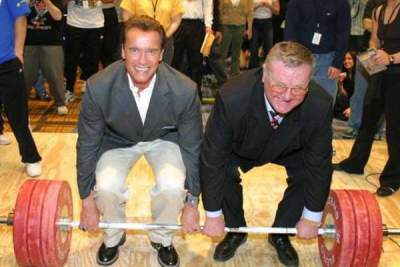 The bronze monument was created by Eldaniz Gurbanov. It is made in full growth – 1 m 93 see the monument and the work on the adjacent territory has cost the city budget of 300 thousand hryvnias.

Earlier, the champion bodybuilder and actor Arnold Schwarzenegger declared that Jabotinsky is his idol. Later the star power of the sport met.