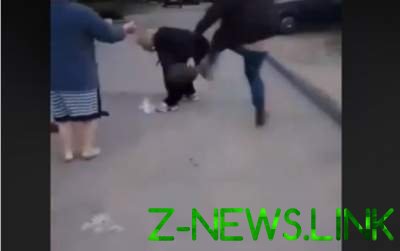 The woman hit the car of his neighbor because of wrong Parking.

In Zaporizhia between a man and a woman got into a conflict on the street, which turned into a hard fight. A relevant video posted on Youtube an eyewitness.

According to him, the incident occurred may 11 in the district of Baburka. A neighbor made a remark to the owner of the car and hit the car on the wing.

“A woman enraged, as not parked in the right place a man with the name Oleg Lathering. She decides to teach the arrogant neighbor and cototal scale strikes the wing of his car. Lathering such audacity to endure did not… and started hard to score a woman,” – said in comments to the video.