In Yemen, found an artifact 2000-year-old 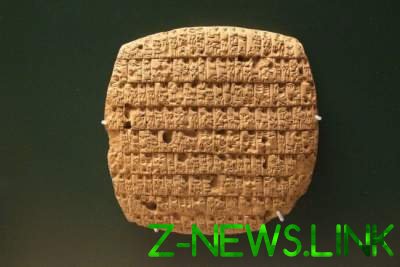 The discovery has been stolen from Yemen and sold on the black market.

Archaeologists have discovered a 2,000 year-old bronze plaque during excavations in Yemen, on which was engraved the text, which mentions a temple of a previously unknown deity Attar Harman.

The inscription was written in the Sabaean language, which was used since the first Millennium BC until the second half of VI century of our era the territory of modern Yemen.

According to scientists, the plate originally belonged to the temple of Attar Harman’s, located near Sana’a, capital of Yemen. Now she is at the disposal of the auction house, located in Colorado (USA), writes Live Science.

According to the researchers, the artifact could be stolen from Yemen and sold on the black market. In January 2018, the international Council of museums expressed concern that items such as stone tablets and metal plates, are exported from the country by smugglers.

See also:  In Berdyansk, the builders found the remains of a mammoth

However, according to representatives of the auction house, the former owner signs died between 1970 and 1990.