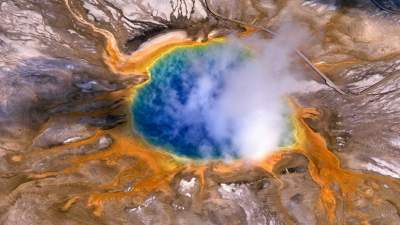 The night of July 23 four devices installed in the Caldera of the Yellowstone, and conveyed the disappointing information about the occurred earthquake measuring five on the Richter scale.

The strangeness of the testimony is that only four devices recorded information, and other sensors did not catch although they are planted very firmly relative to each other.

Approximately four sensors is out of order, and four send the wrong information. This can not be to this amount of devices failed.

To understand the journalists opened a resource to the USGS. There, by the way, no earthquakes were observed. However, was seen constantly increasing temperature of geysers that say about the boiling Yellowstone. Just a month in the Caldera the temperature rose from 79°C to 85°C.

Magmatic chamber, apparently, was radiating much more heat, thereby heating the water. If warming continues, will start to melt rock, it will lead to earthquakes and landslides. The sensors could fail due to thermal deformation of rocks in the Caldera.